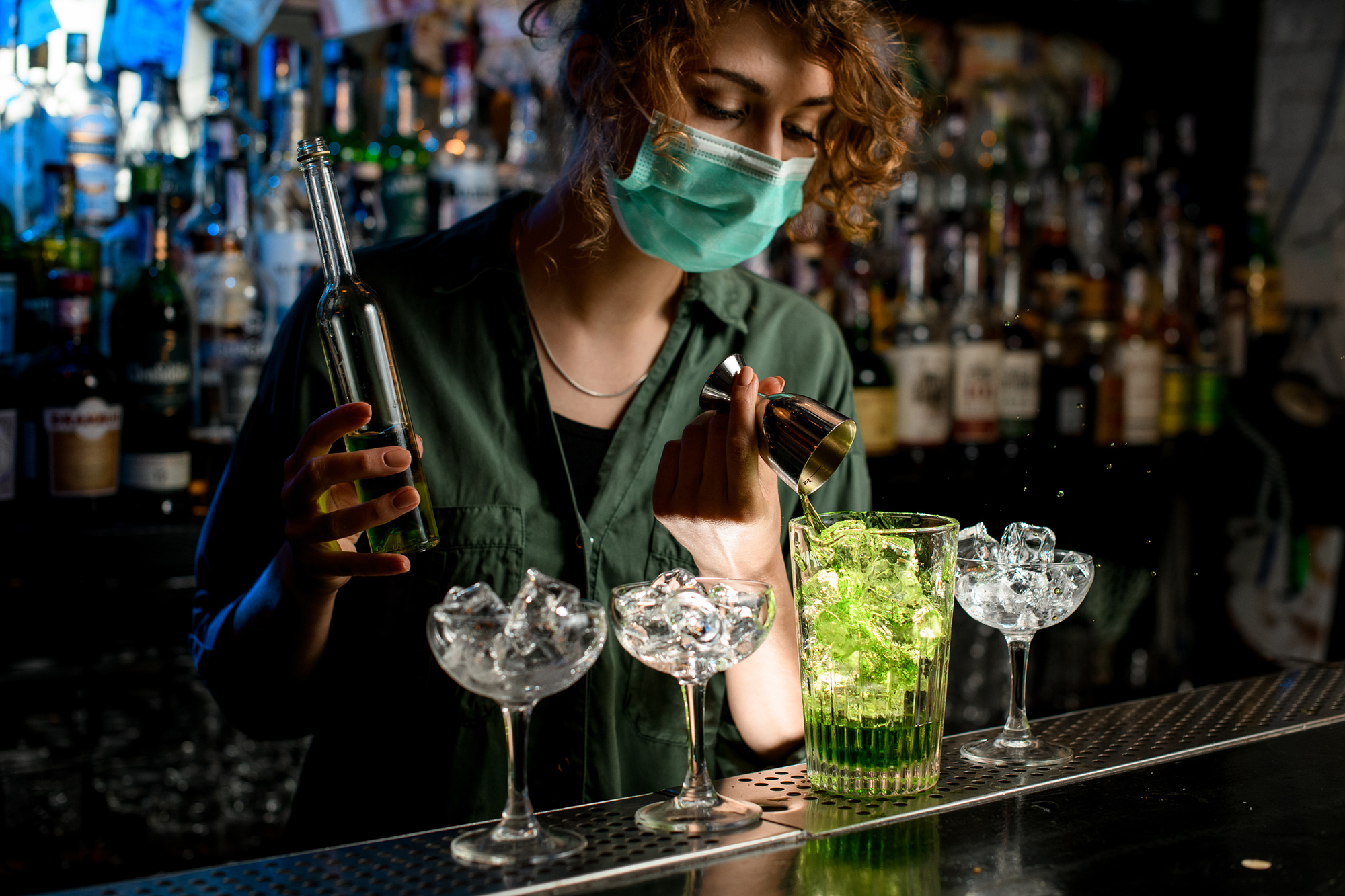 “Come on, sweetie. Lemme see that pretty face under there,” one customer demanded of a masked female service worker during the coronavirus pandemic. “Take it off for me, will you? Just a quick flash.”

This is just one of 250 examples of unwanted sexual comments related to COVID-19 protocols documented in a new report by nonprofit One Fair Wage. The group found that many workers have experienced a “dramatic increase” in sexual harassment during the COVID-19 outbreak.

“Service workers are facing a clear crisis, unable to protect themselves or enforce the safety protocols needed to protect the public,” said One Fair Wage executive director Saru Jayaraman in a statement. “Women are literally being asked to expose themselves to illness and death for the pleasure of male customers — and all for a subminimum wage.”

The brazen abuse included being on the receiving end of comments like, “I’ll take your mask off and stick my tongue down your throat” and “Oh, social distancing, so I can’t touch you anymore, huh?” Some workers also shared stories of being harassed for trying to enforce health protocols. “I’m called a whore constantly for asking people to wear a mask,” one recalled, according to the report.

To make matters worse, the rise in unwanted comments — like “Pull that mask down so I can see if I want to take you home later” — comes in conjunction with a large decrease in tips. According to the approximately 1,675 food service workers surveyed, 83 percent reported that their tips have declined during the pandemic, with 66 percent reporting their tips have decreased by more than 50%. More than half of the respondents even felt reluctant to enforce COVID safety protocols, fearing the act would further diminish their tips. Indeed, 67% of workers found that, after enforcing protocols, their tips did indeed decrease.

The report — titled “Take off your mask so I know how much to tip you,” after one of the numerous coronavirus come-ons — found that New York-based workers not only faced slightly higher rates of harassment than those in other states but also were significantly more likely to have contracted the novel virus themselves. As well, more than half (67%) of New York workers said that their employers were not consistently following COVID-19 safety protocols, and 53% knew someone who had died of the virus.

According to One Fair Wage, nearly 10 million service workers have lost their jobs since the start of the pandemic, “the majority of whom were unable to access unemployment benefits through their states because they earned the subminimum wage for tipped workers,” or $2.13 an hour.

February 1, 2020
Liam Hemsworth’s toned arms and legs were on full display in
Lifestyle

August 28, 2020
Trump’s speech did not help the Republican convention’s TV ratings, as

Salt-N-Pepa tell all in Lifetime biopic