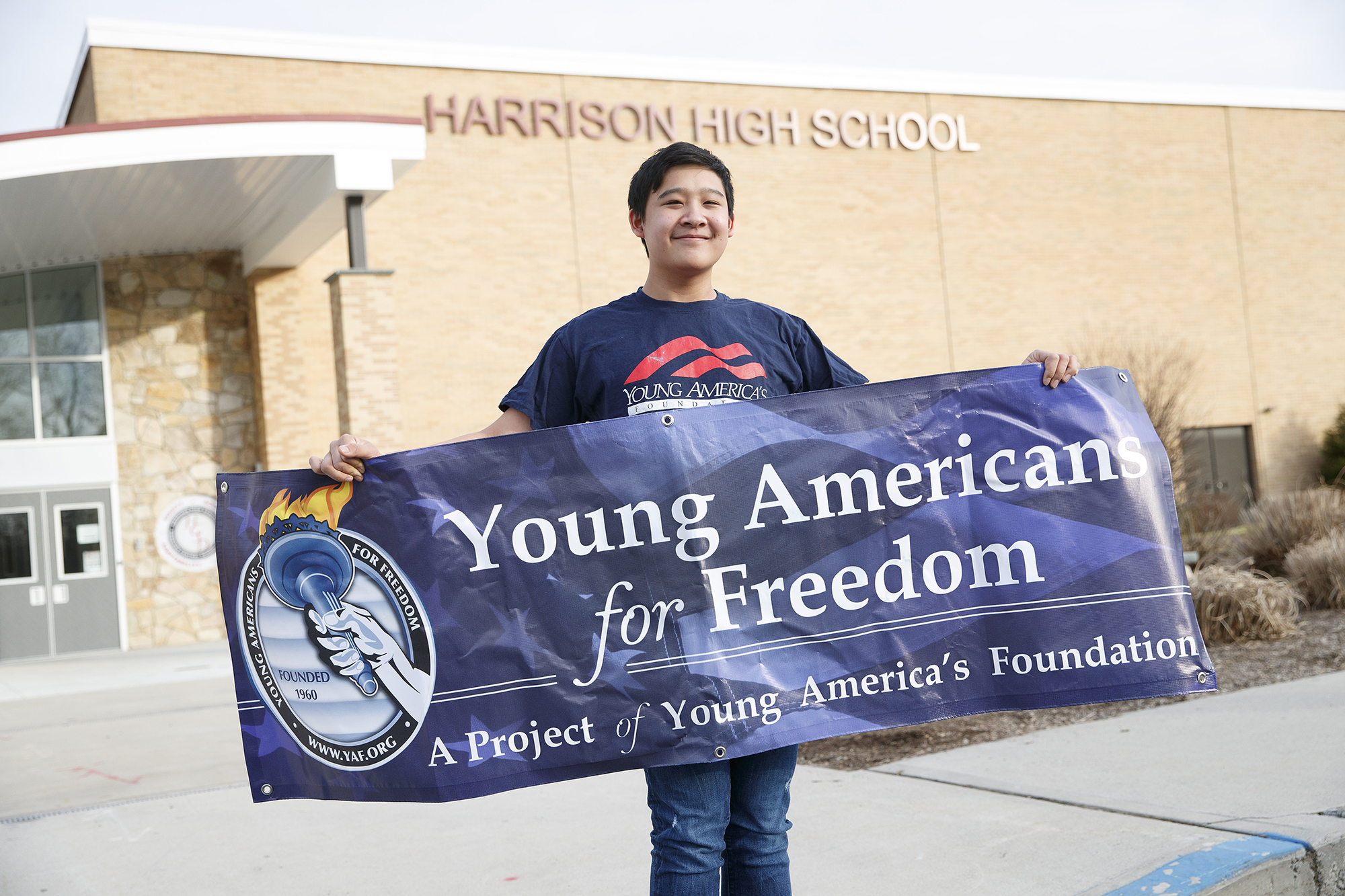 One Westchester teen is painting the town — or, at least, his school — red, now that his conservative student club has finally been approved after a two-year battle.

Luke Wong, a 17-year-old junior, has been fighting since his freshman year to launch a chapter of the national Young Americans for Freedom (YAF) club at Harrison High School.

The straight-A student told The Post: “I was really inspired to bring a conservative message to campus. I hoped to open up dialogue. I thought that the school would be totally willing to go for it.”

Instead, Wong was shot down by school administration in April 2019. “I didn’t get a clear-cut reason why,” said Wong.

It’s not easy being red in school these days, the teen said, adding that young conservatives fear “being cancelled or ostracized. People would label me. They’ll default to calling me racist or just not speak to me,” said Wong, a grandchild of Chinese immigrants who passed through Ellis Island.

Still, he noted, some 25 students expressed interest in joining the free speech-oriented club.

He was turned down again in the fall of 2019 and also spring 2020; an administrator even suggested that he join the debate team or write an op-ed for the school newspaper instead. So Wong enlisted the legal help of the free-speech organization Alliance Defending Freedom in the spring of 2020.

“The explanation [of rejection] was different every single time,” said ADF lawyer Caleb Dalton, adding that the school’s position was unconstitutional and discriminatory. ADF threatened to sue on behalf of Wong and YAF if the school didn’t recognize the chapter.

“The student provided additional information and made adjustments to the application as requested by the District, and the club was subsequently approved,” Harrison principal Kimberly Beukema told The Post.

“They weren’t interested in having my voice on campus,” said Wong, who plans to hold his first official club meeting virtually this week. “But free speech is really important — especially on high school and college campuses.”

Sitting for turkey? WHO reminds all to get more active

November 26, 2020
GENEVA — As the coronavirus leaves many people housebound and many
Easy Income