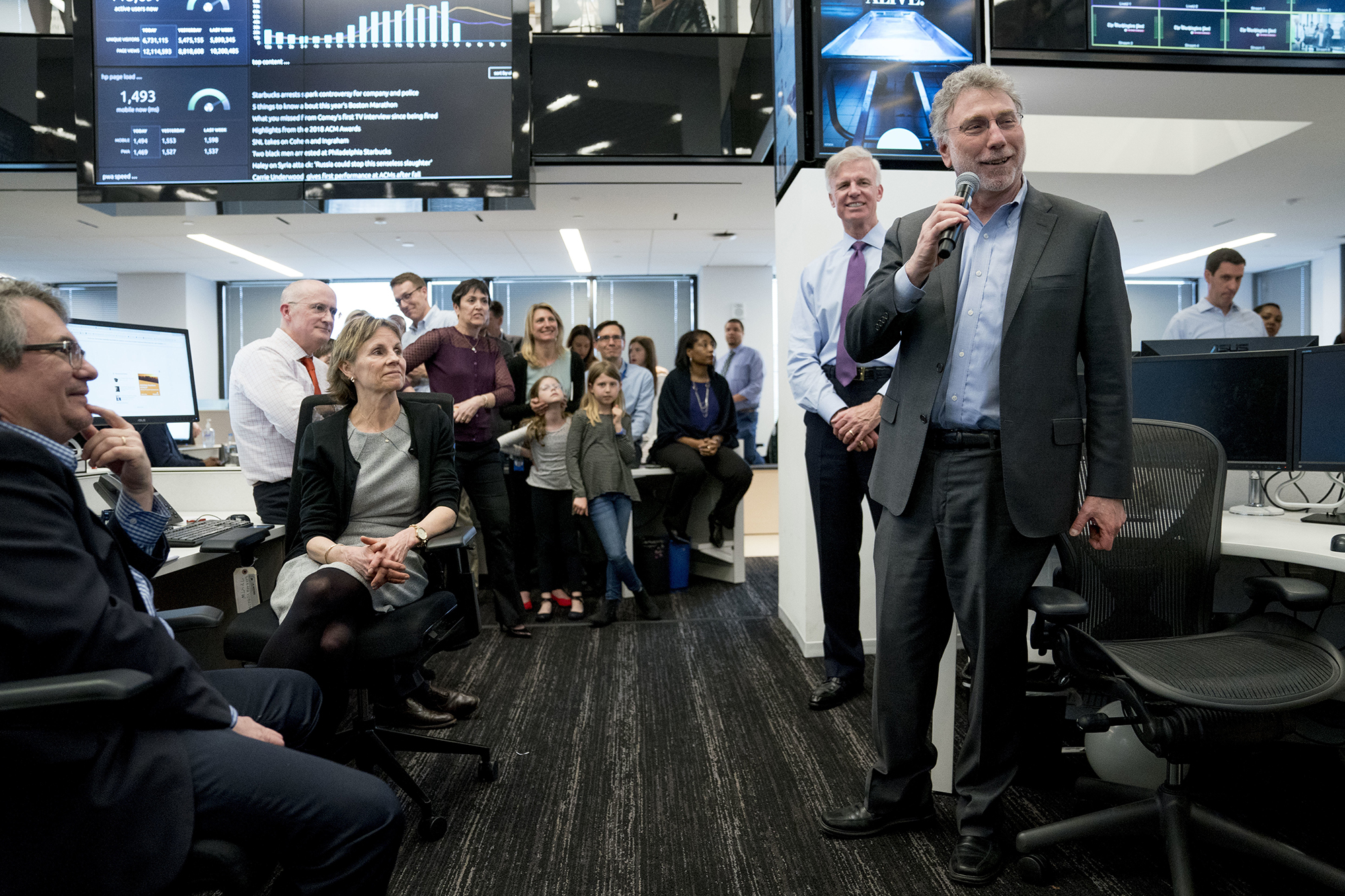 Marty Baron, the top editor of the Washington Post who helped rejuvenate the newsroom after years of malaise, ended months of speculation Tuesday in announcing his retirement at the end of next month.

Baron, 66, took over as executive editor eight years ago shortly before the Graham family sold the paper to billionaire Amazon founder Jeff Bezos. During that time, the newsroom expanded from about 580 people to over 1,000 and won 10 Pulitzer Prizes.

“Almost two years ago, I told department heads that I was committed to staying at The Post through the presidential election,” Baron wrote in a Tuesday memo to staffers. “I left open what might happen beyond that. Today, I am letting you know that I will retire on Feb. 28.”

Baron came to the Washington Post in 2013 after spending 12 years at the Boston Globe. There, he helmed the now-legendary expose on sex abuse by Catholic priests in the Boston Archdiocese. A 2015 film about the investigation called “Spotlight,” in which Liev Schreiber played Baron, won the Academy Award for Best Picture.

“It’s really important to listen to the voices of people who have been marginalized and whose voices haven’t been heard,” Bezos wrote in an Instagram post on Tuesday, quoting Baron. “They may have something very powerful to say.”

“At age 66, I feel ready to move on,” Baron continued in the farewell memo. “The Post is well positioned for the future. We have now created a truly national and international news organization.”

Publisher Fred Ryan said the search for a successor has begun and “will be a broad and inclusive one, considering both outstanding internal candidates as well as journalists at other publications with the vision and ability to build upon Marty’s success.”

Among the internal candidates, Steven Ginsberg, the national editor since 2017, is seen as the leading contender. Kevin Merida, a former managing editor at the Washington Post who left in 2017 for ESPN, is seen as among the leading outside candidates.

“Marty has been thoughtful in his planning, which has allowed us to carefully discuss the timing of his retirement as well as the selection of a worthy successor. Please know that I view this as one of the most consequential responsibilities I will have as your publisher.”

Why We Laugh: Funny Women

July 1, 2020
Joan Rivers hosts personal and in-depth interviews with some of the
Entertainment

Now that I am working remotely, can I move to Bermuda?

October 18, 2020
My office has switched to working remotely forever, so I’m thinking
US & World

December 1, 2020
Attorney General William Barr has given extra protection to the prosecutor