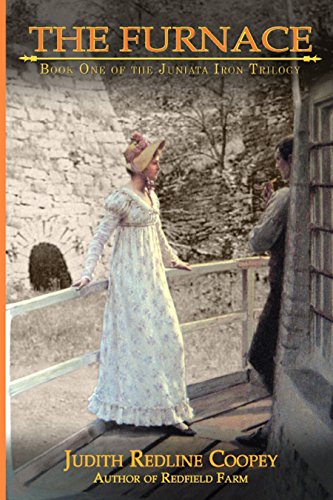 Elinor Bratton, young, beautiful, and privileged is pregnant and cast aside by her lover, the wealthy and spoiled scion of a eastern Pennsylvania family. As a result she is forced by her father into an arranged marriage to a man she barely knows. Adam MacPhail, a common iron worker whose only wish is to become an iron master agrees to the match as a means of realizing his dream. Ellie s father, Stephen Bratton, well to do, well connected and determined to save his daughter s reputation, orchestrates the union — not as Ellie would have it, but as he sees fit. So begins a marriage in a time when a woman had no voice, no rights, no say in matters directly pertaining to her. Ellie, exiled to the wilderness of western Pennsylvania with a man she would not have considered three months before, declares her intention to make Adam s life miserable and make her father pay for his high-handed disregard for her rights. Adam, unschooled in dealing with women, chooses to focus his energy and attention on turning a down and out iron furnace into a profitable, well-ordered producer. Through the first half of the nineteenth century, the couple struggle to establish a life, disentangle an ill-conceived marriage, and make a success of a derelict furnace through the ups and downs of an unpredictable industry. First in the Juniata Iron Trilogy, The Furnace chronicles Ellie and Adam s efforts to find a balance and build an enterprise worthy of Pennsylvania s iron industry, producing Juniata Iron, the finest in the world.