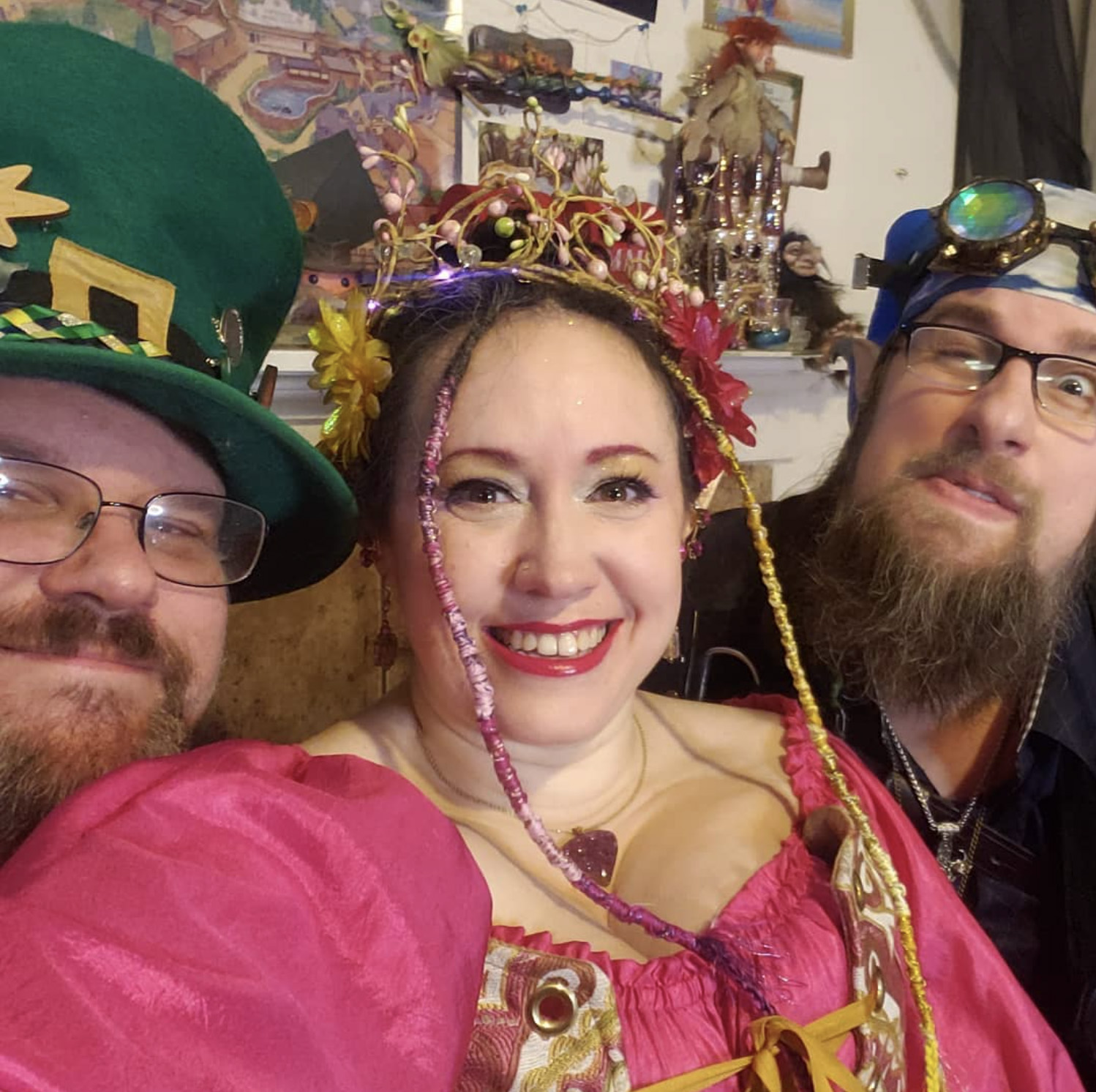 Three bippity-boppity-boos are living happily ever after in a land far, far away — Seattle, Washington.

The thriving throuple — who identify as Princess Fairy Lolly, Gunther the Troll and Ion the Leprechaun — is living out the fairy-tale romance of their dreams.

Spellbound by love, the three humans-turned-mythical creatures are building a “dream haven” together in their polyamorous partnership.

“We are in what we would call a closed polycule,” Princess Lolly explained on the UK show “This Morning” Tuesday. “We consider ourselves a closed family unit.”

“The more people, the more everyone’s time becomes divided, and we have a really good fluid working family unit,” the queen of the castle added.

Naturally, Twitter talkers are waving their wands over their keyboards, sharing stunned reactions to the threesome’s supernatural setup.

Lolly first realized she was a mythical marvel “many years ago … as a youngling,” noting fairies don’t like to count or keep track of time.

As an adult pixie princess, she met Ion the Leprechaun and indoctrinated him into the world of polyamory. Gunther, the 6-foot-9 mountain troll, completed their charmed trinity after meeting Lolly at a LARP-style gaming festival.

Magically, there’s no jealousy poisoning their caldron of love.

“I’ve never gotten jealous,” Gunther said. “We do a lot of what we’re doing as a unit and a family, in everyday life and in general, and I’ve said the biggest thing is making sure we have that time we can get in there.”

“We have enough bedrooms that everyone has their own bedroom, and we typically make sure there is an even division of time — we do things together until it comes to bedtime,” Lolly said.

“We do our work throughout the day,” she said. “Gunther and I work together on my business and Ion works at his super secret job and then in the evening we all have a family dinner, and then break out usually because I’m a workaholic, as a fairy.”

“One of us had to go to the tooth fairy and that was where the COVID was contracted and spread to everybody in the household,” Lolly said. “The residual effects are real, we can all testify, I think.”

Although the throuple feels they’ve formed the perfect pas de trois, Lolly, Gunther and Ion are willing to welcome a fourth fairy queen into their fantasy fold.

“I think actually the only type of other person that would fit is a fairy or a very adventurous healing sort,” Lolly said. “We are pretty dedicated to what we do, so if you can’t be dedicated with us, then it won’t work in the long run.”