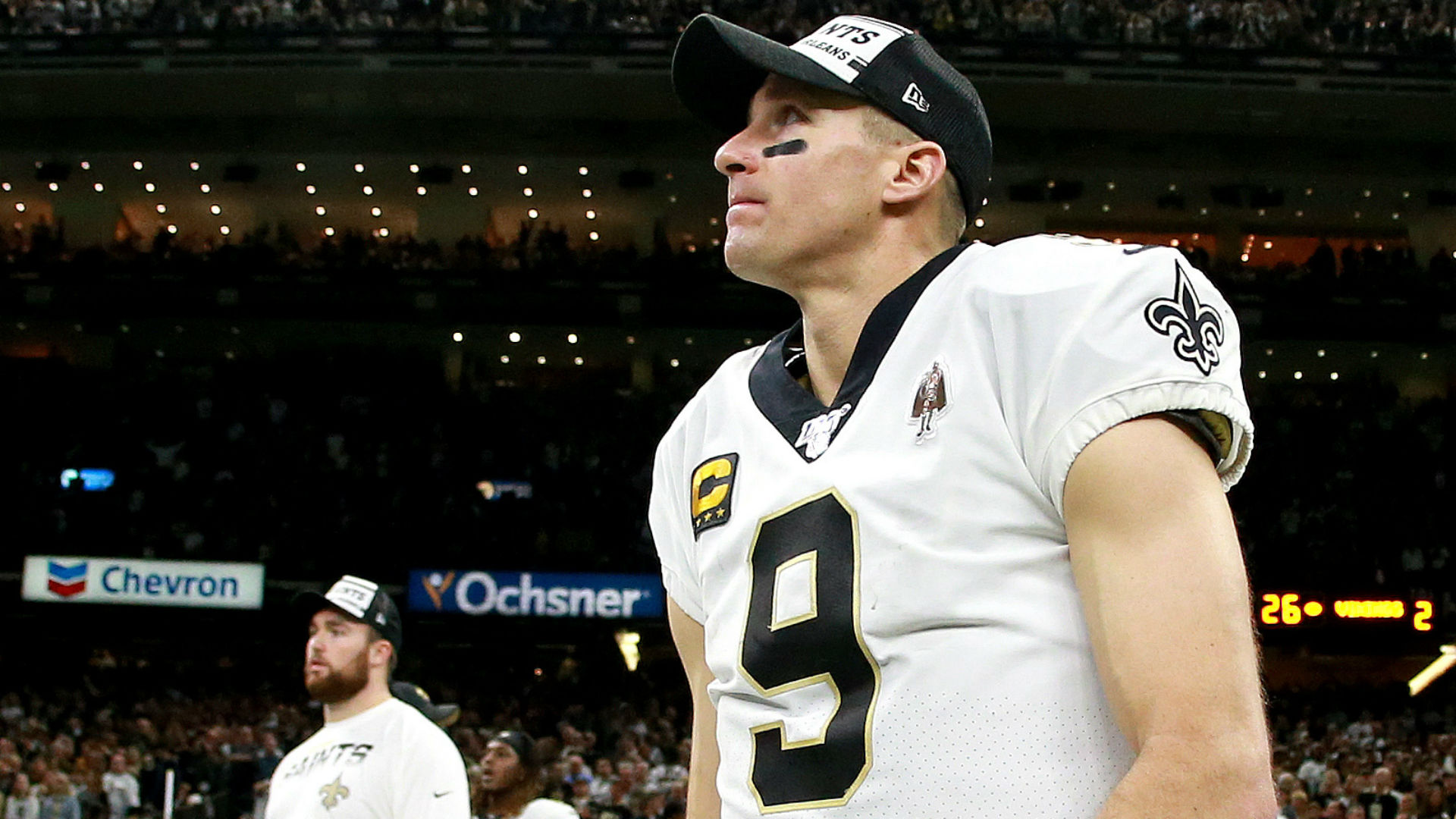 men who fought as well for this country. I asked him question about it and thank him all the time for his commitement. He never found Kap peaceful protest offensive because he and I both know what’s right is right and what’s wrong is wrong! God bless you. 🙏🏾✊🏾👑

RIVERA: Brees still doesn’t understand the point of protesting during the anthem

Brees during an interview with Yahoo! Sports was asked how he would feel about fellow NFL players protesting during the national anthem of NFL games in 2020 in the wake of George Floyd’s death at the hands of Minneapolis police — an event that has sparked global protests of racial injustice.

At this point, given the additional context of the most recent events, one would think that it’s more clear than ever that Colin Kaepernick and other NFL players were not and are not “disrespecting the flag” when they take knees during the singing or playing of the national anthem. Brees proved Wednesday that’s not the case.

“I envision my two grandfathers who fought for this country during World War II. One in the army and one in the Marine Corps, both risking their lives to protect our country and to try and make our country and this world a better place. So every time I stand with my hand over my heart, looking at that flag and singing the national anthem, that’s what I think about. And in many cases it brings me to tears — thinking about all that has been sacrificed. Not just those in the military, but for that matter, those throughout the civil rights movements of the ’60s. And everyone — all that has been endured by so many people up until this point.

“And is everything right throughout our country right now? No, it’s not. We still have a long way to go. But I think what you do by standing there and showing respect to the flag, with your hand over your heart, is it shows unity. It shows that we are all in this together, that we can all do better and that we are all part of the solution.”

Brees’ comments immediately drew (no pun intended) the ire of fellow NFL players, current and former, including his own teammates. Below are a few, starting with tweets from Alvin Kamara and Michael Thomas, two Instagram posts by Malcolm Jenkins (he deleted the first one) and what looks like an Instagram dig by Aaron Rodgers.

He don’t know no better.

We don’t care if you don’t agree and whoever else how about that.

He’s beyond lost. Guarantee you there were black men fighting along side your grandfather but this doesn’t seem to be about that. That uncomfortable conversation you are trying to avoid by injecting military into a conversation about brutality and equality is part of the problem https://t.co/ON81UsOWPw pic.twitter.com/HH3EVTIH8p

.@drewbrees the reason my children have to live in a world that won’t empathize with their pain is because people like you are raising your children to perpetuate the cycle. Drew, you are the problem.

This is a disgrace! To speak about your grandfathers as if there weren’t black men fighting next to them.Those men later returned to a country that hated them. Don’t avoid the issue and try to make it about a flag or the military. Fight like your grandfathers for whats right! https://t.co/qag3Igic3V

Always knew who he was! Every time y’all came at me and said I couldn’t come home because I didn’t think he was Jesus. Oh well! Keep cheering

Wow. lol just landed in Pittsburgh and that ain’t what u want to see from a leader in our sport man.

If you don’t speak up about racism, then you’re apart of the problem. This man said the flag … trash

It’s not about disrespect………it’s about respecting life.

How many times will they show you Lmao why y’all acting surprised. Drew Brees from Texas @drewbrees …. YEEEEEHAAAA!!! Smmfh

Hard to believe he doesn’t know this isn’t about disrespecting or the armed forces. Just a way around addressing the problem with injustice against blacks and racism. https://t.co/SLIJZhiy9Q

How can you be in the locker rooms, speaking to the players, know the reasoning, and yet still be dumb enough to believe it’s about the flag. Like HOW???? He should know better than that. He just doesn’t care. Damn man not Drew…

His family not the only ones who fought in wars for this country AND it’s people.

If you’re still talking about players “disrespecting the flag” by kneeling during the national anthem clearly you’re not ready for these conversations. Call a time out and come back later.