Hardin County, Ky., placed a couple under house arrest when one of them refused to sign an isolation order after testing positive for the coronavirus.

Elizabeth Linscott told a local NBC affiliate that she tested positive but did not show any symptoms, and that the county health department contacted her to ask her to sign documents agreeing to call them if she left her house.

When she declined to sign, “I had gotten a message from them, a text message, that stated because of your refusal to sign, this is going to be escalated, and law enforcement will be involved,” she told the outlet.

“I open up the door, and there’s like eight different people, five different cars, and I’m like, ‘What the heck’s going on?’ ” he told the station. “This guy’s in a suit with a mask. It’s the health department guy, and they have three papers for us. For me, her and my daughter.”

A court ordered the couple to wear ankle monitors which will notify law enforcement if they travel more than 200 feet. The Linscotts have argued they never reviewed to self-quarantine, but rather that they did not agree with the wording of the document.

“And, that’s exactly what the director of the public health department told the judge, that I was refusing to self-quarantine because of this, and I’m like that’s not the case at all. I never said that,” Elizabeth Linscott said.

The Hill has reached out to the Hardin County Sheriff’s Department for comment.

Kentucky has conformed more than 23,000 coronavirus cases and nearly 700 deaths as of Monday, including 979 cases Sunday, its largest single-day increase. Of these, Gov. Andy Beshear (D) said, 30 of the cases were children aged 5 or younger. 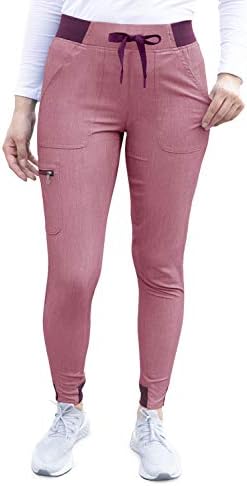