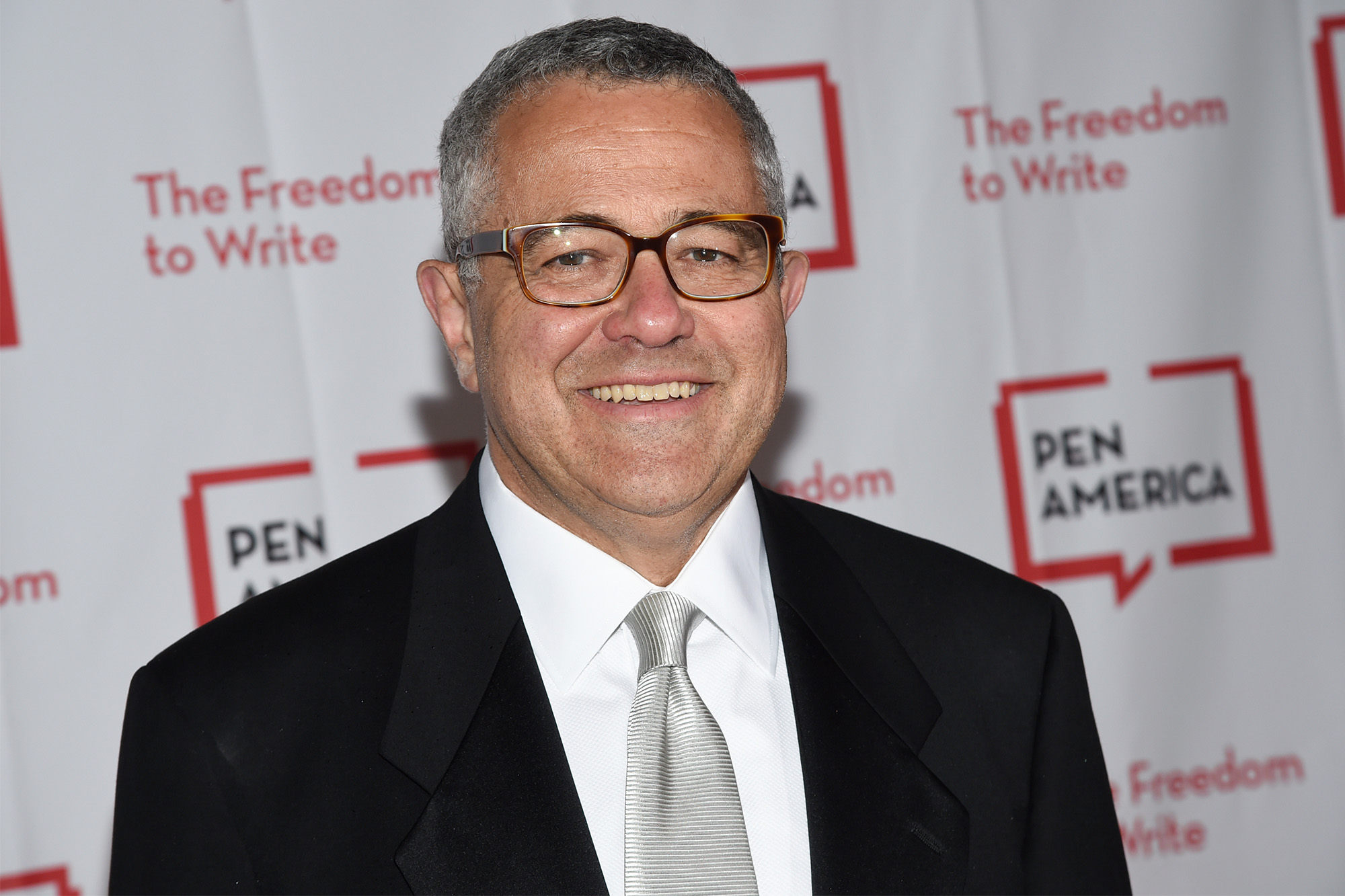 Two people on last week’s video call told Vice that the online gathering was part of a virtual election simulation that included New Yorker bigs such as Jane Mayer, Evan Osnos, Masha Gessen and Jelani Cobb, as well as producers from the magazine and WNYC radio.

Toobin — who has since been suspended by The New Yorker and is on leave at CNN — later told Vice, “I believed I was not visible on Zoom. I thought no one on the Zoom call could see me. I thought I had muted the Zoom video.”

It was unclear what if anything others on the virtual call saw.

During the simulation, Osnos was playing the role of Democratic presidential candidate Joe Biden, Gessen was President Trump, Mayer represented establishment Republicans, and Cobb stood in for the Democrats, the sources told Vice.

Toobin was supposed to be playing the part of the courts, while Andrew Marantz represented the far right, Sue Halpern was the left and Dexter Filkins stood in for the military, according to Vice.

At one point, there was a break for those playing Democrats and Republicans to strategize together, and that’s when Toobin allegedly got to work — on himself.

He then left the Zoom chat for a few moments and called back in — apparently unaware that his camera had been kept on for at least part of his sex act, the sources said.

Vice first reported the cringe-worthy incident, although because of technical difficulties, the Web site was forced at one point to use Twitter to fully explain it.

A spokeswoman for the New Yorker said, “Jeffrey Toobin has been suspended while we investigate the matter.”

The magazine’s editor, David Remnick, added in an e-mail to staffers, “Dear All, As you may have read in various news reports today, one of our writers, Jeff Toobin, was suspended after an incident on a Zoom call last week,’’ according to Vice.

“Please be assured that we take such matters seriously and that we are looking into it. Best, David,’’ Remnick said.

CNN — where Toobin, who graduated from Harvard Law School, is the chief legal analyst — said, “Jeff Toobin has asked for some time off while he deals with a personal issue, which we have granted.’’

August 29, 2020
To this day, everyone in Drummondville remembers the moment they witnessed
Shop

How to Kiss – Kissing Tips | Learn How to French Kiss