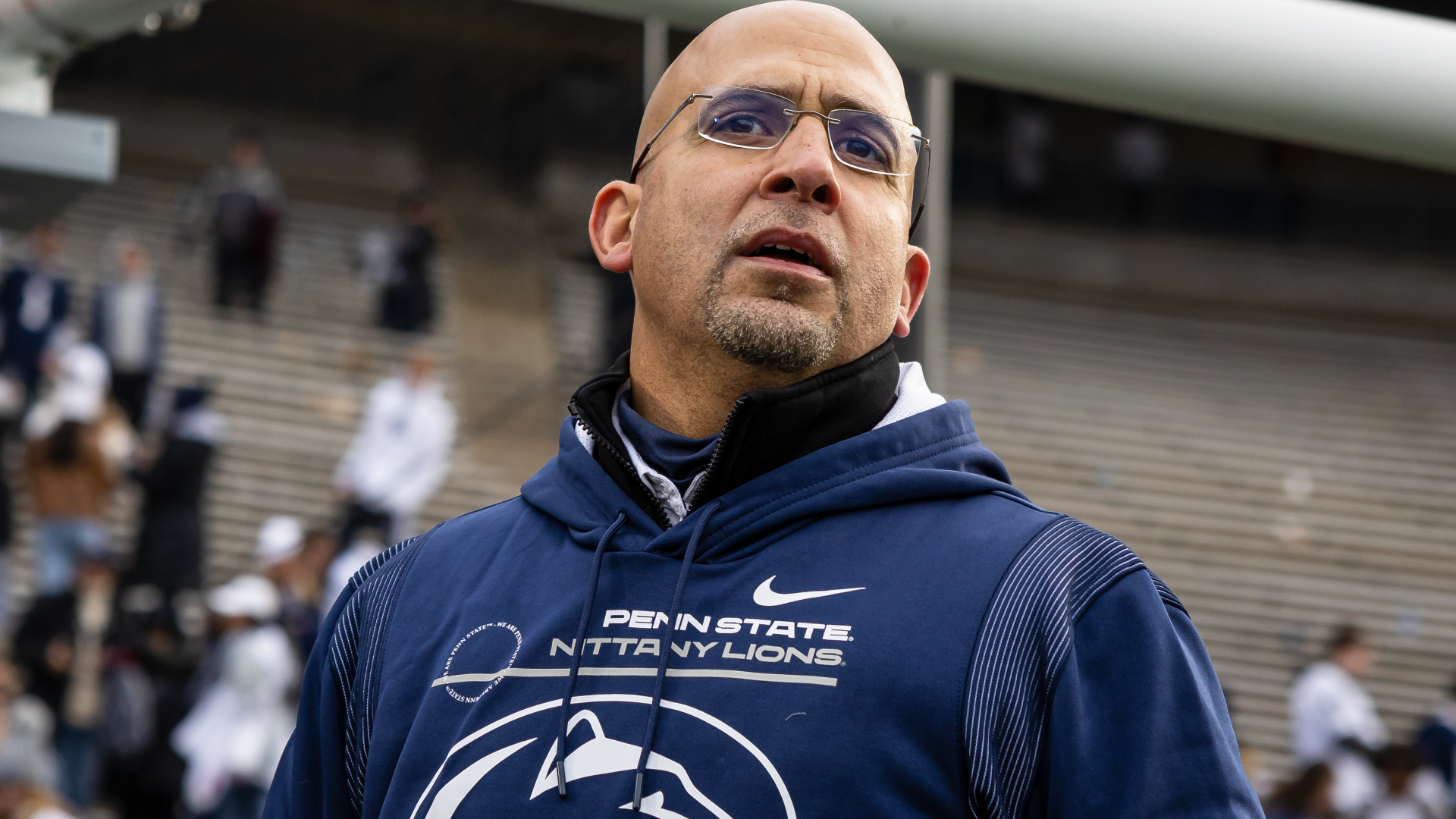 One of the hottest names in college football coaching searches is officially off the market.

Penn State’s James Franklin agreed to a deal Tuesday that will keep him at the school for the next 10 years, until 2031. Franklin is in his eighth season leading the Nittany Lions.

Franklin had been linked to numerous open coaching gigs, most notably USC and LSU, despite Penn State’s relative struggles this season.

However, the 49-year-old who has described Penn State as a “dream job,” has also reaffirmed his commitment and loyalty to the program in recent weeks, as well.

“Penn State’s future is bright, and I’m honored to continue to serve as your head football coach,” Franklin said in a statement. “Nine weeks ago, the administration approached me about making a long-term investment in our football program. This prompted numerous conversations outlining the resources needed to be competitive at a level that matches the expectations and history of Penn State.”

The Nittany Lions are 7-4 this year and 67-32 in Franklin’s tenure in Happy Valley, with a game against Michigan State in East Lansing set for Saturday.

Here’s everything to know about Franklin’s contract extension, plus how it came together.

For much of his time at Penn State, Franklin has been one of the highest paid coaches in both the Big Ten and NCAA, with his $7 million annual salary ranking in the top 10.

Franklin will once again be guaranteed $7 million annually according to the terms released by Penn State, plus up to an additional $1 million per year based on certain incentives and bonuses.

Among the incentives and bonuses Franklin will be eligible for are an additional $350,000 to win the Big Ten title, $300,000 for a New Years’ Six bowl and $100,000 if he’s named Big Ten Coach of the Year. The full terms of the contract can be found here.

Why did James Franklin sign an extension with Penn State?

A native of Langhorne, Pa. and a former Division II quarterback at East Stroudsburg, Franklin has long made his love of Penn State known, calling it his “dream job,” when he was hired in 2014.

Penn State has routinely been a 9-11 win team during Franklin’s tenure in State College and even won a Big Ten title in 2016. But the Nittany Lions have struggled to keep pace with the likes of Ohio State, Alabama and Clemson during that time as well in recruiting, facilities, NIL deals, on-the-field results and more.

But that seems primed to change, and that’s the biggest reason why Franklin says he opted to stay at Penn State.

“This renewed commitment to our student-athletes, community and fans reinforces all the reasons I’ve been proud to serve as your head football coach for the last eight years and why my commitment to Penn State remains steadfast


Franklin’s seemed to win everywhere he’s gone. Granted, he only had one stop as a head coach prior to arriving at Penn State, but even as an assistant, Franklin was on successful teams.

His first head coaching gig came at Vanderbilt in 2011, a school which had won just two games the year before and had only been to three bowl games in the 100-plus years of history prior to Franklin’s arrival.

He immediately turned around the Commodores program, going 6-7 and reaching a bowl game in his first year before rattling off two 9-4 seasons in a row, culminating in Vanderbilt ending the season ranked in both seasons, something which hadn’t happened since 1948. He finished his tenure in Nashville with a record of 24-15.

Franklin then came to Penn State in 2014 where he’s gone 67-32 as he gets ready to coach his 100th game with the Nittany Lions. The high point of his tenure thus far was in 2016 when the Nittany Lions won the Big Ten title and finished the season ranked No. 7 and led Penn State to 11 wins in three out of four years from 2016-19.

One of just 13 Black coaches currently at the FBS level, Franklin is among the winningest in that category. His 91 career FBS wins place him third all-time behind former Houston and Texas A&M coach Kevin Sumlin (95 career wins) and Stanford’s David Shaw (93 career wins) for most wins by a Black FBS coach.