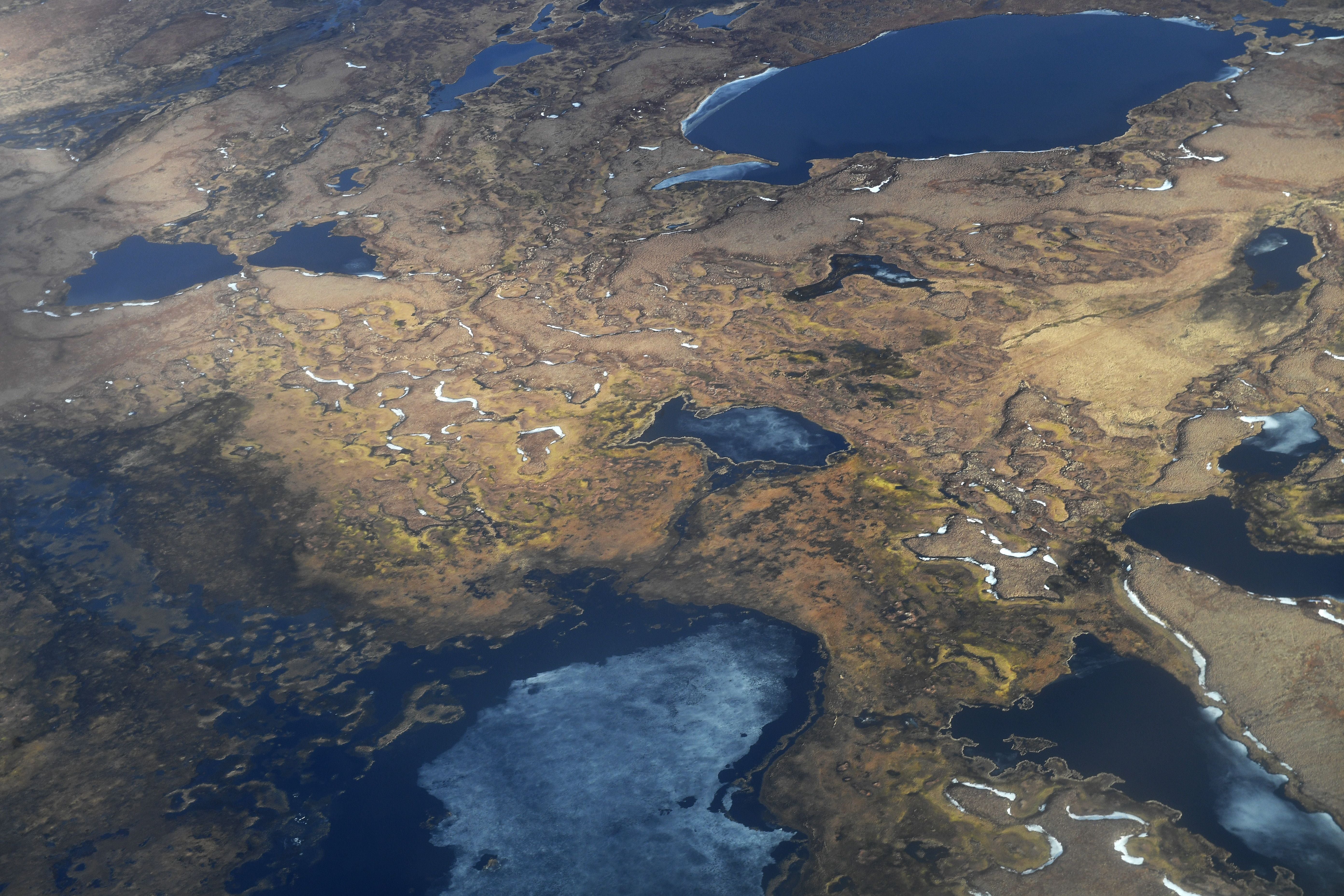 Buried in frozen soil across the Arctic, billions of tons of carbon lies trapped in the ground. Just a few degrees of warming could unleash it into the atmosphere.

At least, that’s what the past would suggest. According to a new study, it’s happened before.

The research, published Friday in the journal Science Advances, looks back 27,000 years into Arctic history. On at least three occasions, the study finds, periods of rapid climate change caused huge swaths of permafrost—a layer of carbon-rich frozen soil widespread in the Arctic—to quickly thaw or collapse.

As a result, huge volumes of carbon dioxide poured into the air.

Today, the planet is once again enduring a period of rapid climate change—this time caused by human emissions of greenhouse gases. In fact, research suggests, the Earth is warming at one of its fastest rates in millions of years.

If the past is any lesson for the future, that could mean a little more warming may trigger yet another massive destabilization of Arctic permafrost.

It’s a red flag scientists have been waving for years.

As Arctic temperatures rise, permafrost begins to warm up. And as it thaws out, it releases carbon dioxide and methane into the air.

Researchers have warned repeatedly that these emissions could speed the pace of climate change. That could lead to a dangerous runaway feedback cycle, in which more warming causes more permafrost to thaw and release even more carbon into the air.

Just how fast that might happen is still a matter of debate.

Multiple studies have documented widespread warming and thawing in permafrost regions across the Arctic. But researchers still are working to determine how quickly permafrost may respond to future climate warming and how much carbon it will release in the process.

That makes permafrost something of a wild card in climate research—a major uncertainty in scientists’ predictions about future climate change.

The scientists used data from ancient sediments, drilled from the bottom of the Arctic Ocean north of Siberia, where they’d been buried for thousands of years. By conducting careful chemical analyses of these sediments, the scientists were able to document changes in the amount of organic matter flowing into the ocean from collapsing permafrost landscapes.

Thanks to similar studies, also relying on analyses of long-buried sediments and ancient ice samples, scientists have a good idea of what was going on with the Earth’s climate and its carbon dioxide levels thousands of years ago.

The study suggests that three distinct periods of rapid climate change over the past 27,000 years each coincided with massive thawing and collapsing on permafrost landscapes.

Rising temperatures were likely a big part of it. As the climate warmed, permafrost would have begun to thaw out and soften, sending mushy rivers of sludge pouring into the sea and releasing carbon into the air.

But that’s not the whole story. The researchers believe that rising sea levels, fueled by warming oceans and melting glaciers, also played a big role.

Rising oceans severely eroded much of the Arctic coastline during at least two of these warming events, the study suggests. The rapid erosion likely caused large tracts of frozen permafrost to abruptly collapse into the sea.

The study doesn’t necessarily guarantee what happened in the past will happen again in the future. But it does warn it’s a possibility.

And it’s a growing concern as world leaders struggle to reduce greenhouse gas emissions fast enough to meet the goals of the Paris climate agreement. Scientists say the world is on track to warm by several degrees before the end of the century if carbon emissions don’t start falling faster.

“Any release from thawing permafrost means that there is even less room for anthropogenic greenhouse gas release in the Earth-climate system budget before dangerous thresholds are reached,” Örjan Gustafsson, a scientist at Stockholm University and a co-author of the study, said in a statement.

“The only way to limit permafrost-related greenhouse gas releases is to mitigate climate warming by lowering anthropogenic greenhouse gas emissions.”

Reprinted from Climatewire with permission from E&E News. E&E provides daily coverage of essential energy and environmental news at www.eenews.net.

August 19, 2020
What You Should Know: – Change Healthcare acquires Nucleus.io to create
Science/Nature

October 20, 2020
At least seven people have been charged with trafficking flying squirrels