Welcome to Hillicon Valley, The Hill’s newsletter detailing all you need to know about the tech and cyber news from Capitol Hill to Silicon Valley. If you don’t already, be sure to sign up for our newsletter with this LINK.

FACEBOOK CONSIDERS BANNING POLITICAL ADS: Facebook is considering banning political ads on its platforms in the run up to this year’s general election, according to multiple Friday reports.

The potential ban is still in the discussion stage and has not been finalized, Bloomberg and The New York Times both reported.

The social media giant has largely taken a hands-off approach to political advertising on its platforms, even allowing ads with misinformation. That stance has been heavily criticized by lawmakers, civil rights groups and many of Facebook’s own employees.

But CEO and founder Mark Zuckerberg

Twitter announced in October it would no longer run political ads, but unlike Facebook the platform was not used much for them in the first place.

Kamala Devi HarrisCensus workers prepare to go door-knocking in pandemic Democrats awash with cash in battle for Senate Tammy Duckworth hits back at Tucker Carlson: ‘Walk a mile in my legs’ MORE (Calif.) and Michael Bennet

Michael Farrand BennetHouse Democrats chart course to ‘solving the climate crisis’ by 2050 ‘The Senate could certainly use a pastor’: Georgia Democrat seeks to seize ‘moral moment’ Some realistic solutions for income inequality MORE (Colo.) sent a letter to Mark Zuckerberg on Friday raising concerns over an independent civil rights audit of Facebook released this week.

The lawmakers called the independent review of the company’s policies “unsettling.” The audit criticized Facebook for failing to develop a mechanism for protecting civil rights and for a hands-off approach when it comes to free speech, even in cases of violent posts.

“We share the auditors’ concern that Facebook has failed to use the tools and resources at its disposal to more vigorously combat voter suppression and protect civil rights,” the senators wrote.

“Although none of these issues lend themselves to easy solutions, we do not accept that they are beyond Facebook’s considerable power to address — especially when the audit has made clear where progress is possible in several areas.”

AMAZON’S TIKTOK EMAIL ‘SENT IN ERROR’: Amazon on Friday asked its employees to delete video sharing app TikTok off their mobile devices due to security concerns but later backpedaled on the request.

Amazon, which has over 840,000 employees worldwide, gave its employees until next Friday to remove the app from mobile devices with access to an Amazon email account or be blocked from accessing those accounts on the device, according to an email to employees obtained by The New York Times.

Amazon reversed the decision later in the day on Friday, with a spokesperson telling The Hill that the email “was sent in error. There is no change to our policies right now with regard to TikTok.”

A spokesperson for TikTok told The Hill that Amazon did not tell the social media company about its request prior to sending out the email to employees.

“User security is of the utmost importance to TikTok – we are fully committed to respecting the privacy of our users,” the spokesperson said. “While Amazon did not communicate to us before sending their email, and we still do not understand their concerns, we welcome a dialogue so we can address any issues they may have and enable their team to continue participating in our community.”

The spokesperson added that “we’re proud that tens of millions of Americans turn to TikTok for entertainment, inspiration, and connection, including many of the Amazon employees and contractors who have been on the frontlines of this pandemic.”

TikTok has come under close scrutiny over the past week following Secretary of State Mike Pompeo’s announcement that the Trump administration is considering banning Chinese social media apps, including TikTok.

The campaign hired Chris DeRusha to serve as CISO and Jacky Chang as CTO. DeRusha previously served as chief security officer for the state of Michigan, and previously served in the White House and the Department of Homeland Security, along with leading Ford Motor Company’s enterprise vulnerability management program.

Chang is taking unpaid leave to join the campaign from her role as senior technologist at Schmidt Futures. Chang previously worked as a senior engineer on Hillary Clinton

“Biden for President takes cybersecurity seriously and is proud to have hired high quality personnel with a diverse breadth of experience, knowledge, and expertise to ensure our campaign remains secure,” a Biden campaign spokesperson told The Hill.

“Jacky and Chris will be central to strengthening the infrastructure we’ve built to mitigate cyber threats, bolster our voter protection efforts, and enhance the overall efficiency and security of the entire campaign.”

The news was first reported by The Washington Post, which noted that the Biden campaign is still looking to hire a senior cloud security architect and a senior cyber incident response analyst.

COME BACK TO DC: A coalition of left-leaning advocacy groups called on the Senate Friday to return from its July recess to vote on legislation to increase election funding during the coronavirus pandemic.

Addison (Mitch) Mitchell McConnellHouse chairman asks CDC director to testify on reopening schools during pandemic Senate GOP hedges on attending Trump’s convention amid coronavirus uptick Pelosi says House won’t cave to Senate on worker COVID-19 protections MORE (R-Ky.) and other GOP leaders asking that the Senate immediately be called back to Washington, D.C., to vote on and pass legislation allocating $3.6 billion to states to help with election challenges during the pandemic.

These funds were included in the House-passed HEROES Act, a Democratic-backed coronavirus stimulus package that McConnell has blocked in the Senate, describing the bill as a “liberal wish list.”

“With over 130,000 Americans dead and cases surging across the country, responding to the COVID-19 pandemic should be the Senate’s top priority,” the groups wrote. “Yet, the Senate has willfully failed to act under your leadership and remains in recess despite the urgent need to address the worsening pandemic and safeguard our rapidly-approaching elections.”

Other advocacy groups that signed on included Greenpeace USA, Color of Change, the American Association of People with Disabilities, the League of Women Voters, Public Citizen and UnidosUS, among others.

The Senate is currently scheduled to be out through July 17.

McConnell laid out plans earlier this week for what will be included in the next Senate coronavirus stimulus package, including potential direct payments to Americans, but has not yet publicly said whether he will support election funding. McConnell previously blocked legislation on election security, but did back millions in election security funds sent to states over the past two years.

Roy Dean BluntSenate GOP hedges on attending Trump’s convention amid coronavirus uptick State and local officials beg Congress to send more election funds ahead of November Clash looms over next coronavirus relief bill MORE (R-Mo.), the chairman of the elections-focused Senate Rules Committee, announced Friday that his committee would hold a hearing on election concerns on July 22, which will feature the testimony of Tennessee Secretary of State Tre Hargett (R) and West Virginia Secretary of State Mac Warner (R).

Hawley tweeted out a screenshot of the email, which reads “F— you.”

Wojnarowski apologized in a tweet, saying he “made a regrettable mistake.”

“I’m sorry for the way I handled myself and I am reaching out immediately to Senator Hawley to apologize directly,” he said.

ESPN is addressing the issue with Wojnarowski internally, a spokesperson told The Hill.

“This is completely unacceptable behavior and we do not condone it,” they said. “It is inexcusable for anyone working for ESPN to respond in the way Adrian did to Senator Hawley.”

The expletive came in response to a letter from Hawley condemning the list of messages that NBA players are approved to wear on the back of their jerseys when the league restarts in Orlando, Fla., later this month.

Read more about the incident here.

Lighter click: That end of another week of quarantine feeling

An op-ed to chew on: Coronavirus unveils the digital divide in our education system

NOTABLE LINKS FROM AROUND THE WEB: 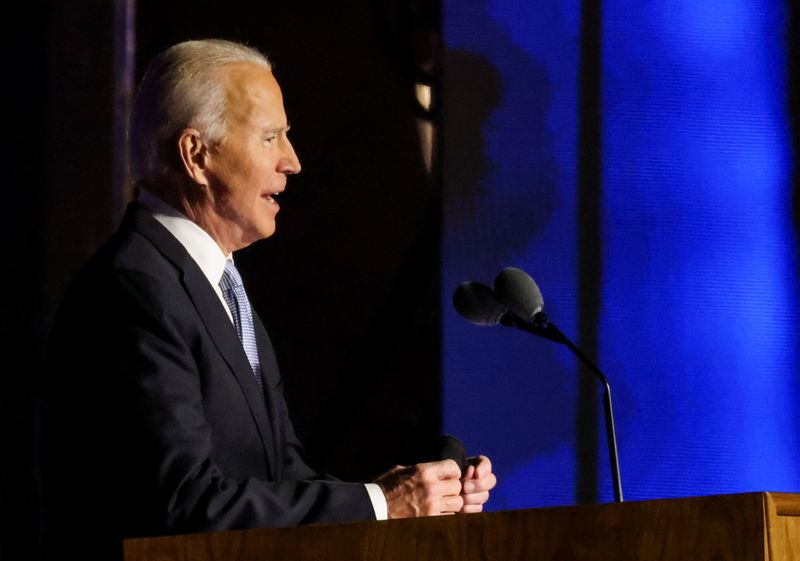