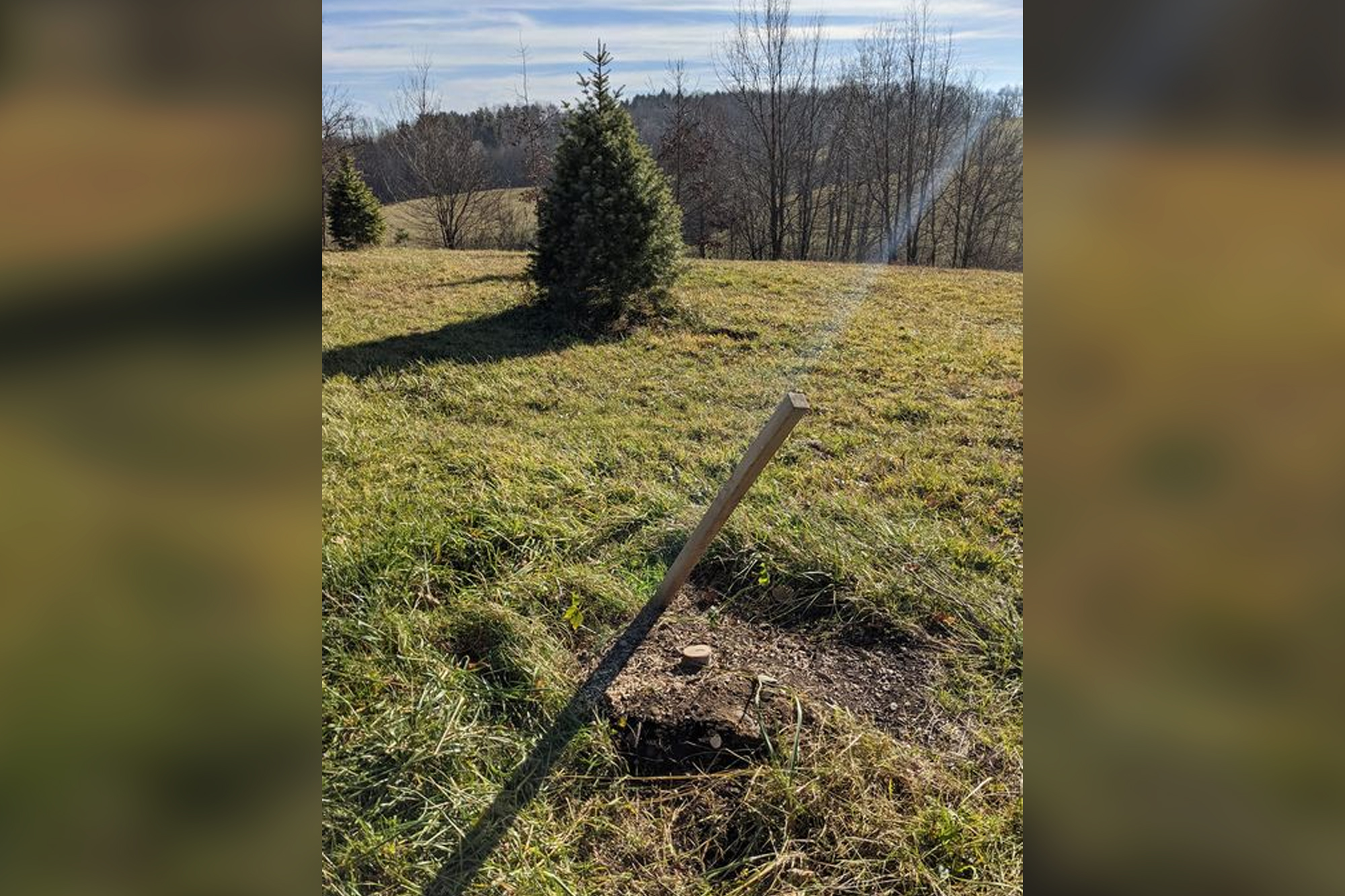 A thief in Ohio may have a summery smelling Christmas this year.

Someone stole a citrus-scented fir tree from Wade Gardens, a garden center and landscaping business in Mansfield, Ohio, the Mansfield New Journal reported.

The concolor fir is not a typical Christmas tree, but Wade Gardens owner Tom Wade told the newspaper he could “guarantee” it was cut for use as a Christmas tree as it was the right height and located near the road. Wade had planted 60 of the trees for landscaping along the road by his business last year.

“I hope whoever stole this has a very Merry Christmas,” Wade wrote in a Facebook post with a photo of the remaining stump. “The tree you cut down was worth $275.00.”

Whoever took the tree did leave something behind in its place – an empty beer bottle. Wade joked in the Facebook post that there were “nice prints on it” for the sheriff to handle.

However, he told the News Journal that he hadn’t actually called authorities about the tree, saying “they have better things to do.”

Wade also added in the Facebook post that if someone really needed a tree, he “would have gladly given you one.”

This wasn’t the only recent tree theft. Last month, someone cut down and removed a rare 25-foot Algonquin pillar Swiss mountain pine tree from the University of Wisconsin-Madison. The tree had been planted in 1988 and it was worth an estimated $13,000, according to police.

April 29, 2020
Trees ripped out of the ground, cars tossed in the air,
Science/Nature

January 4, 2021
By Michael Le Page All that pandemic baking has produced more

Saweetie has an entire room just for her wigs