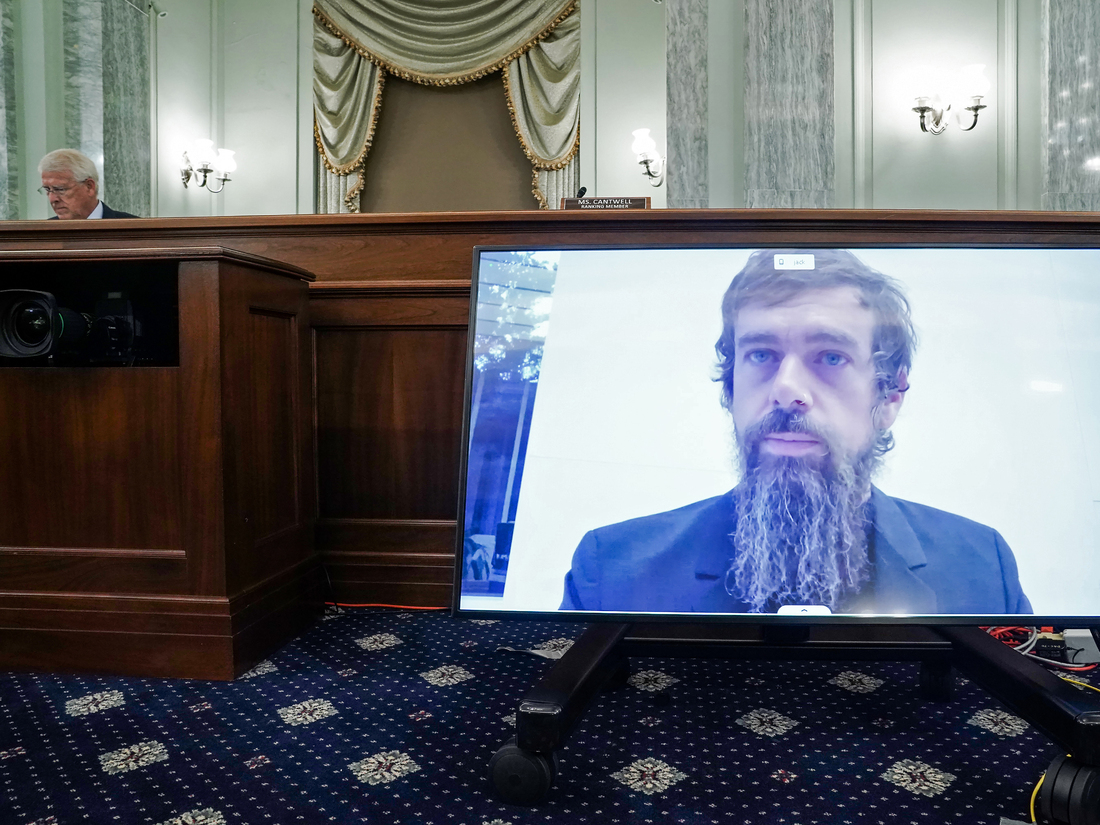 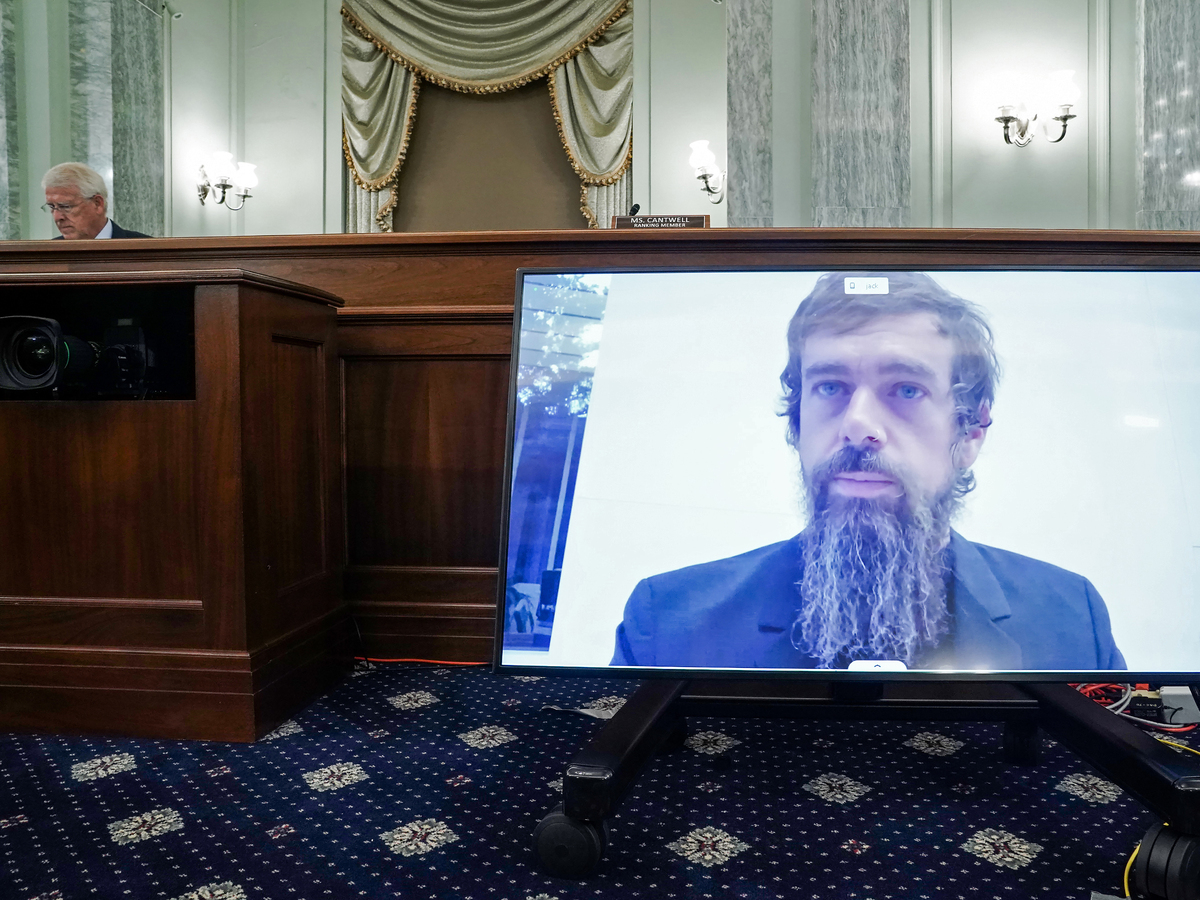 The CEOs of some of the biggest tech platforms defended the way they handle online speech to an audience of skeptical senators, many of whom seemed more interested in scoring political points than engaging with thorny debate over content moderation policies and algorithms.

Facebook’s Mark Zuckerberg, Twitter’s Jack Dorsey and Google’s Sundar Pichai appeared virtually Wednesday at a hearing of the Senate Commerce Committee that was supposed to focus on a decades-old legal shield insulating tech companies from liability over what users post.

But many Republicans on the committee used the opportunity to berate the executives over suspicions that their companies and employees are biased against conservatives — a frequent complaint on the right for which there is no systematic evidence. Several members pressed Dorsey about Twitter’s decision — later reversed — to block links to a controversial New York Post story about Hunter Biden, Democratic presidential nominee Joe Biden’s son.

“Mr. Dorsey, who the hell elected you and put you in charge of what the media are allowed to report and what the American people are allowed to hear?” Sen. Ted Cruz of Texas bellowed at Twitter’s chief executive in one of the hearing’s most theatrical moments.

Dorsey, a yoga devotee who says he tries to meditate every day, quietly responded that users agree to Twitter’s terms of service when they sign up, and said Twitter did not have the ability to influence elections.

Democrats mainly focused their questions on what steps the platforms are taking to protect from election interference and crack down on hate speech and radicalization, as well as how the tech companies have contributed to the downfall of local news media by sapping advertising spending.

Several Democratic members called foul on the timing of the hearing, just six days before the election. “We have to call this hearing what it is, it’s a sham,” said Sen. Brian Schatz of Hawaii. “I’m not going to use my time to ask any questions because this is nonsense.”

Sen. Richard Blumenthal of Connecticut accused his Republican colleagues of wanting to “bully and browbeat these platforms” into favoring President Trump.

All of the companies have changed their policies this year about what posts are allowed about voting and the election. Facebook and Twitter in particular have taken increasingly aggressive action against posts that make false claims about voting or undermine confidence in the electoral process — including putting warning labels on some of the president’s most inflammatory attacks on voting by mail.

The law in question, Section 230 of the Communications Decency Act of 1996, is under attack from lawmakers on both sides of the aisle, but for very different reasons.

Republicans say it gives cover for tech platforms to unfairly censor conservatives, including President Trump, while Democrats say the companies should have to take more responsibility for the hate speech, false claims and other harmful content that proliferate on their platforms.

“The reality is that people have very different ideas and views about where the lines should be. Democrats often say that we don’t remove enough content, and Republicans often say that we remove too much,” Zuckerberg told senators.

Trump says the law should be revoked, and his Justice Department has asked Congress to pass legislation holding platforms more accountable for what their users post.

Biden has also said the law should be revoked. House Democrats have introduced their own bill that would hold tech companies liable if their algorithms amplify or recommend “harmful, radicalizing content that leads to offline violence.”

On Wednesday, the CEOs told the committee they agreed that the law should be updated to reflect the current state of the world, 24 years after it was first written. But they defended its legal protections and warned that removing it entirely would result in their companies taking a heavier hand with user content.

They noted that Section 230 not only makes them largely immune from liability of what users post, but also empowers them to make decisions about what content to remove and what to allow.

Dorsey and Zuckerberg said there should be more “transparency” about the decisions that online platforms make when determining what content can stay up and what they take down.

Dorsey said he agreed with critics that the companies’ policies can feel “like a black box” to outsiders.

“Section 230 is the most important law protecting Internet speech, and removing Section 230 will remove speech from the Internet,” he said.

Editor’s note: Facebook and Google are among NPR’s financial supporters.

The Coronavirus Economy: How my job as a sommelier has changed through the pandemic

April 8, 2020
Subscribe to Fortune’s Outbreak newsletter for a daily roundup of stories
Politics

June 29, 2020
Senators will have access to intelligence documents related to reporting that
US & World

September 8, 2020
U.S. stocks indexes fell for a third session in a row

How To Repair Bad Credit Fast.