A Facebook India executive has apologised to Muslim staff for sharing a post that dubbed Muslims in India a “degenerate community”, according to a report by BuzzFeed News.

The post, originally written by a police officer last year in response to nationwide protests against a new citizenship law, said for Muslims, “nothing except purity of religion and implementation of Shariah matter”.

“The intent of my personal Facebook post was not to denigrate Islam,” Ankhi Das, the social media giant’s policy director for India and South and Central Asia, wrote in an internal message obtained by BuzzFeed News.

“It was to reflect my deep belief in celebrating feminism and civic participation. I value all perspectives I have heard over the past days about how the post was received and as a result I have deleted the post. I genuinely regret any hurt it may have caused, including to my Muslim colleagues in the company.”

Some Muslim employees of the company commented on Das’s apology. “As a company, we now need to do an honest reflection of hate speech and Islamophobia against Muslims on our platform,” an employee said as reported by BuzzFeed.

We cannot allow any manipulation of our hard-earned democracy through bias, fake news & hate speech.

As exposed by @WSJ, Facebook’s involvement in peddling fake and hate news needs to be questioned by all Indians. pic.twitter.com/AvBR6P0wAK

Facebook is under fire after The Wall Street Journal reported earlier this month that Das refused to apply the company’s hate speech policies to Bharatiya Janata Party (BJP) politicians and other “Hindu nationalist individuals and groups”.

Facebook ignored its hate speech policy and allowed anti-Muslim posts on its platform to avoid ruining the company’s relationship with India’s governing party (the BJP), said the report by The Wall Street Journal. 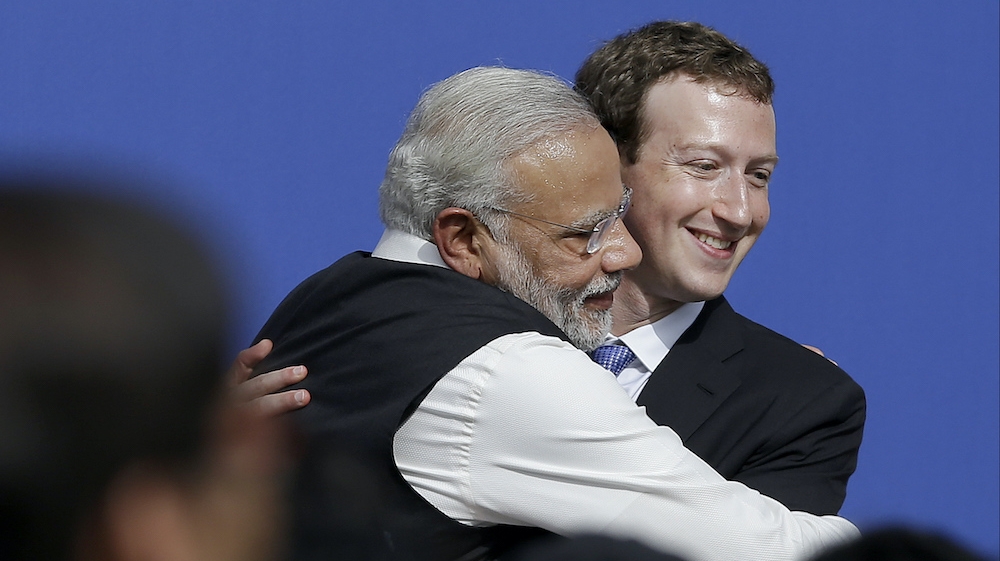 “The company’s top public-policy executive in the country, Ankhi Das, opposed applying the hate-speech rules to [T Raja] Singh and at least three other Hindu nationalist individuals and groups flagged internally for promoting or participating in violence,” the WSJ report said based on interviews with current and former Facebook employees.

Singh, the BJP’s only legislator in the southern state of Telangana, is known for his anti-Muslim rhetoric. The WSJ said the right-wing politician had demanded mainly-Muslim Rohingya refugees be shot, called India’s Muslims traitors and threatened to demolish mosques in his Facebook posts and public speeches.

Das filed a police complaint saying she received death threats after the WSJ report drew social media fury. She has said that some individuals online had “intentionally vilified” her.

With nearly 300 million users, India is Facebook’s biggest market, while the social media’s messaging service, WhatsApp, has nearly 500 million users in the South Asian nation of 1.4 billion people. Critics have accused the social network of prioritising profit over ethics as it has allowed hate speech on its platforms.

Journalist Rana Ayyub, writing in The Washington Post, accused Facebook of “debilitating Indian democracy”. “A platform that was once meant to spread ideas and opinions has now become a tool that enables and encourages fascism,” she wrote.

Last Friday, the social media giant said it was a “non-partisan platform where people can express themselves freely”.

“We take allegations of bias incredibly seriously, and want to make it clear that we denounce hate and bigotry in any form,” Ajit Mohan, Facebook’s India head, said in an online post.

We take allegations of bias incredibly seriously, and want to make it clear that we denounce hate and bigotry in any form.

Mohan however, admitted the social media firm “needed to do more”.

Accusations of bias comes in the wake of criticism directed at Facebook for platforming white supremacists in the West and far-right groups in other parts of the world, including Myanmar, where Buddhist nationalists have demonised Muslim-majority Rohingya. Nearly one million Rohingya have been forced to flee after years of anti-Muslim hate propaganda online, including Facebook.

The BJP and four other Facebook pages with links to the party account for about 64 per cent of the total ad spend by the top 10 advertisers in the “social issues, elections and politics” category on the social media platform, reports @Krishn_ https://t.co/kBubnPTObb

In the United States and around the world, Facebook employees are raising questions about whether adequate procedures and content regulation practices were being followed by the India team, sources familiar with discussions told the Reuters news agency.

An open letter written to Facebook’s leadership by 11 employees on one internal platform, and seen by Reuters, demands company leaders acknowledge and denounce “anti-Muslim bigotry” and ensure more policy consistency.

On Tuesday, Delhi state legislature began proceedings against Facebook and recommended to summon officials from the company.

An Indian parliamentary panel will also question Facebook executives about the company’s hate speech regulation policies in India on September 2.

India’s main opposition Congress party has called for a parliamentary panel to investigate what it has described as favourable treatment by Facebook’s India team towards the country’s governing right-wing party. 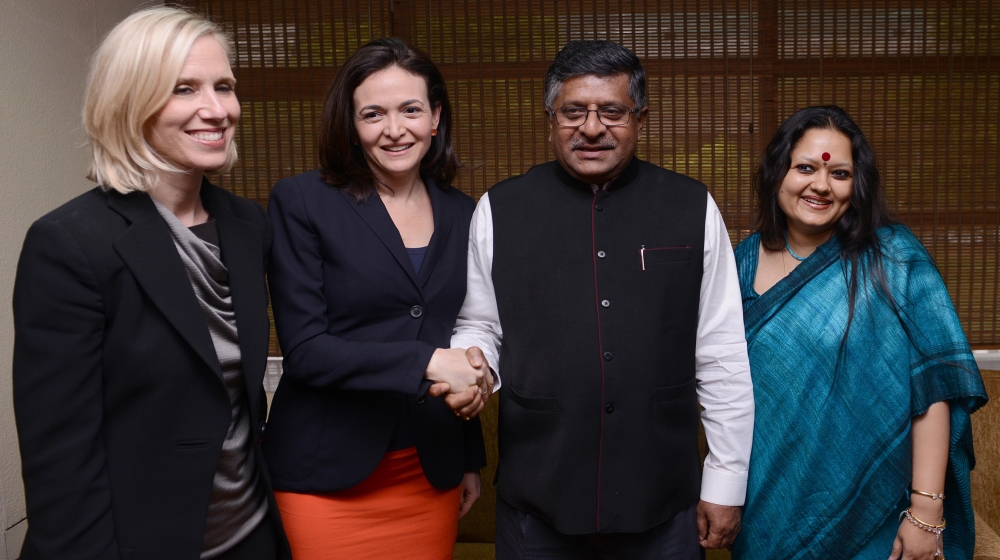