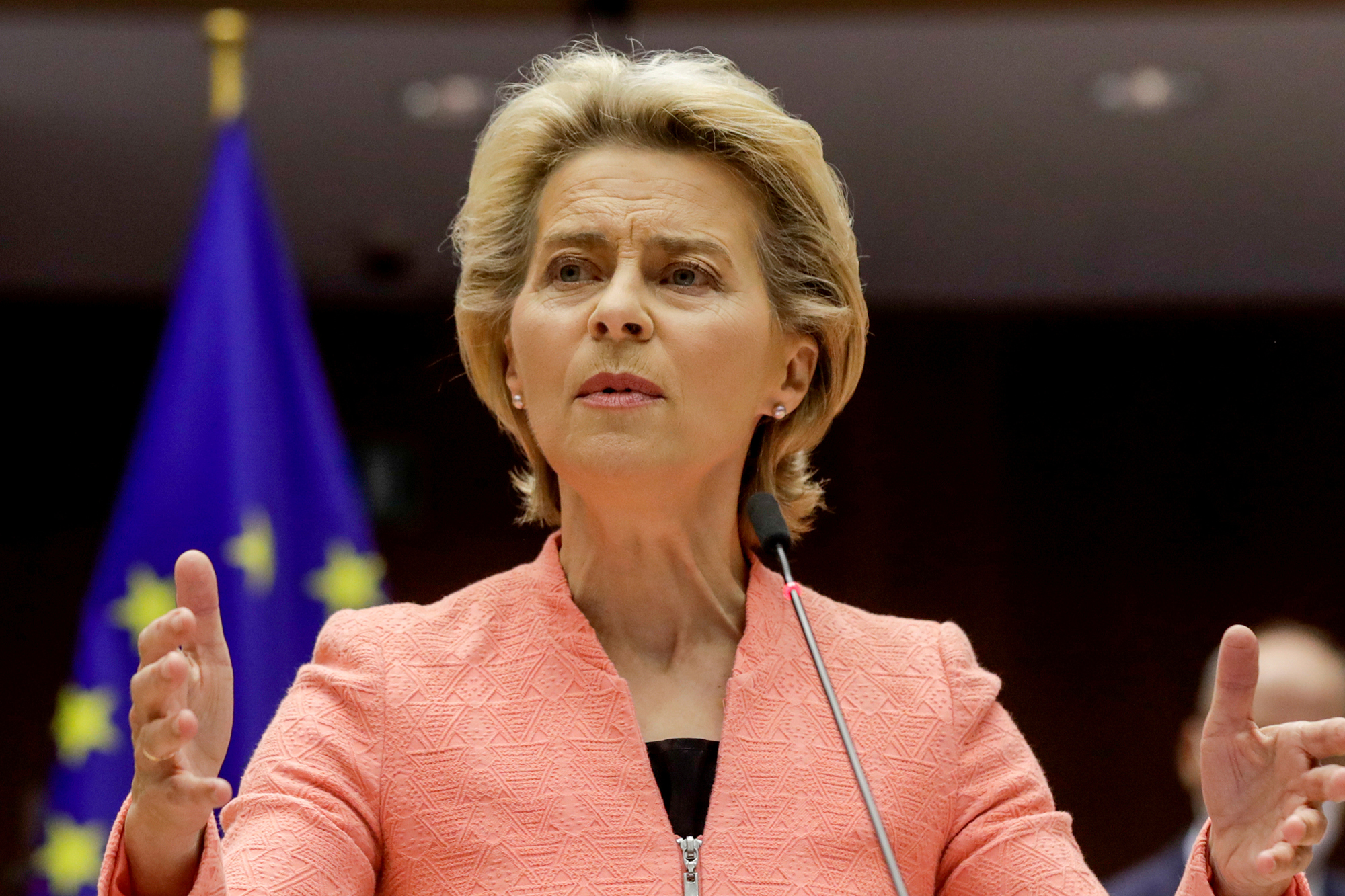 BRUSSELS – The European Union’s chief executive said on Wednesday there was no place in the bloc for so-called “LGBT-free zones”, a pointed criticism of Poland’s nationalist government pushing to curb the rights of lesbian, gay, bisexual and transgender people.

“LGBTQI-free zones are humanity free zones. And they have no place in our (European) Union,” European Commission President Ursula von der Leyen told her annual policy speech to the European Parliament.

“Breaches of the rule of law cannot be tolerated,” she said.

Von der Leyen said the bloc’s executive will soon present “a strategy to strengthen LGBTQI rights” in the bloc, as well as pushing for mutual recognition of family relations in the EU.

Currently, some countries in the bloc recognize same sex marriage and parenthood, but others do not.

That leads to situations in which, for example, two women recognized as mothers of their children in France would not be treated the same way in Poland, meaning they would not have the same rights depending on where in the EU they are.

The Law and Justice (PiS) government in Poland – as well as its eurosceptic ally, Hungarian Prime Minister Viktor Orban – have long been at loggerheads with the EU over undercutting democratic standards.

While both post-communist states benefit from generous EU handouts, their rulers have come under pressure for putting courts and judges, media and academics, non-government organizations and rights groups under direct government control.

The bloc’s 27 EU affairs ministers will discuss the matter again in Brussels next Tuesday, though no decisions are expected and the bloc has so far all but failed to prevent Warsaw or Budapest from backsliding on the rule of law.

The bloc’s one-trillion euro next joint budget for 2021-27, and a linked new economic recovery fund worth a further 750 bilion euros to help repair economic damage done by coronavirus, will make access to EU money conditional on democratic values.

However, the exact details of any such new scheme are not yet clear, with the European Parliament pushing for tough conditions while Warsaw and Budapest threaten to veto anything that would threaten their benefits.

The question is set to dominate this autumn’s political agenda in the bloc, which needs an agreement on the money-for-democracy mechanism if it is to unlock hundreds of billions worth of spending as sought by those EU countries like Spain and Italy that have been hit hardest by the pandemic.

Von der Leyen also criticized the appearance of anti-Semitic carnival effigies, a regular occurrence in places like Belgium, where the renowned Aalst parade has faced withdrawal from the United Nation’s list of recognized cultural events over accusations of racism and anti-Semitism.