As the Muslim holy month of Ramadan comes to a close, most countries around the world are set to celebrate Eid al-Fitr on Sunday.

However, this Eid is very unlikely to resemble that of previous years as the coronavirus pandemic continues to paralyse human movement around the world.

Many Muslim-majority countries such as Turkey, Qatar and Indonesia have suspended most Eid-related activities, including morning prayers.

In Saudia Arabia, mosques will be broadcasting the call to Eid prayers, but no worshippers will be allowed to attend, with people told to perform the prayers at home, similar to measures throughout Ramadan this year.

Minority Muslim populations, such as those in North and Latin America, will also be celebrating under lockdowns and related restrictions.

“This year the celebration of Eid will be sad,” Fuad Musa, of the Islamic Centre of Chile in Santiago, told Al Jazeera.

“On one hand, there is the joy that comes after the month of fasting ends, but it will be strange because we remember how the festivities were in previous years … where we all gather, dress up in the mornings, carry out our prayers,” he added.

There have been more than 5 million coronavirus cases recorded globally to date and more than 341,000 deaths.

Instead, Muslim organisations and individuals are finding technological and virtual alternatives to keep Eid traditions alive, such as virtual sermons, social media celebrations and online concerts.

The Islamic centre where Musa works has in previous years invited Muslim scholars from the Middle East to give lectures on Eid, attended in person by many in the Chilean Muslim community – established for more than 100 years in the Latin American nation.

However, due to travel restrictions, Musa said there was no choice but to listen to the invited scholar via video conferencing.

“We will first pray, then listen to the Sheikh [scholar], we then might show our food and sweets online [I’m not sure]. We have never done this before, so I cannot tell you how exactly it will turn out, as we are making the path as we walk.”

In the United Kingdom, the Ramadan Tent Project (RTP) – which organised community iftars in the past, shifting to online ones called #MyOpenIftar this year – will continue to “innovate means to keep the spirit alive” for Eid, RTP’s Head of Media Rohmah Ahmed told Al Jazeera.

“Our virtual Eid celebration will include everything from children’s activities of story-telling and crafts, exercise classes, and highlights from #MyOpenIftar throughout Ramadan.”

The Council of American-Islamic Relations (CAIR), a US-based civil rights group, also announced it will use online tools to allow American Muslims to celebrate Eid.

The event, titled “#QuarantEid”, has asked people to send photos and videos which CAIR staff will compile and share digitally, including on social media.

“We want to encourage people to celebrate even though they are physically apart”, Edward Mitchell, deputy executive director of CAIR, told Al Jazeera.

“The idea is to take a picture, highlighting something positive, something you are grateful for on this very unusual Eid … share with your friends and the community, something fun,” he added.

The photos will be shared on CAIR’s website and their social media platforms.

In the United Arab Emirates, in the capital Abu Dhabi, the city’s Department of Culture and Tourism announced a series of live online concerts from May 23 to 25, local media outlet Khaleej Times reported.

Singers and performers from across the Middle East will perform, including Iraqi singer and star Kathem al–Saher, whose concert will be live-streamed on YouTube on Sunday.

Distribution of food and other basic goods to poor communities is an important custom that takes place on Eid al-Fitr.

Like previous years, RTP’s Ahmed said the group had distributed food and other necessities before Eid with their partners Launchgood, an online fundraising platform.

“We have also been able to continue feeding vulnerable communities during lockdown, by providing hundreds of hot meals and sweet treats before the Eid celebrations,” she added.

Previously, food would be distributed on-site at RTP tents, where people would attend the group’s Eid events.

This year, Ahmed said: “Volunteers have reached out to local mosques, restaurants and housing associations to get these distributed for us, as they have official processes in place to distribute the meals under social-distancing guidelines.” 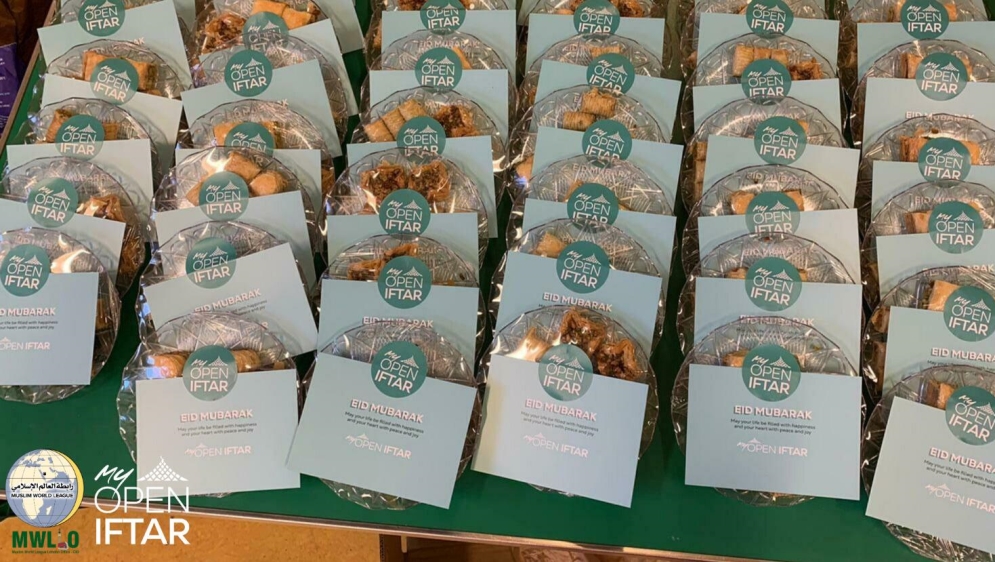 Similarly, the United Mission for Relief and Development (UMR), a non-profit charity based out of the US, has had to adjust their methods to be able to cater to poor and vulnerable communities this Eid.

“In the time before the pandemic, I would myself go and supervise the distribution of food and Eid gifts to our local branches in different parts of Kenya,” Ismail told Al Jazeera from the capital Nairobi, calling it his “ethical” duty to be present during these food drives.

However, restrictions set by the Kenyan government this year meant he could not travel outside Nairobi and was forced to fulfil his responsibilities via Zoom, Skype and WhatsApp. 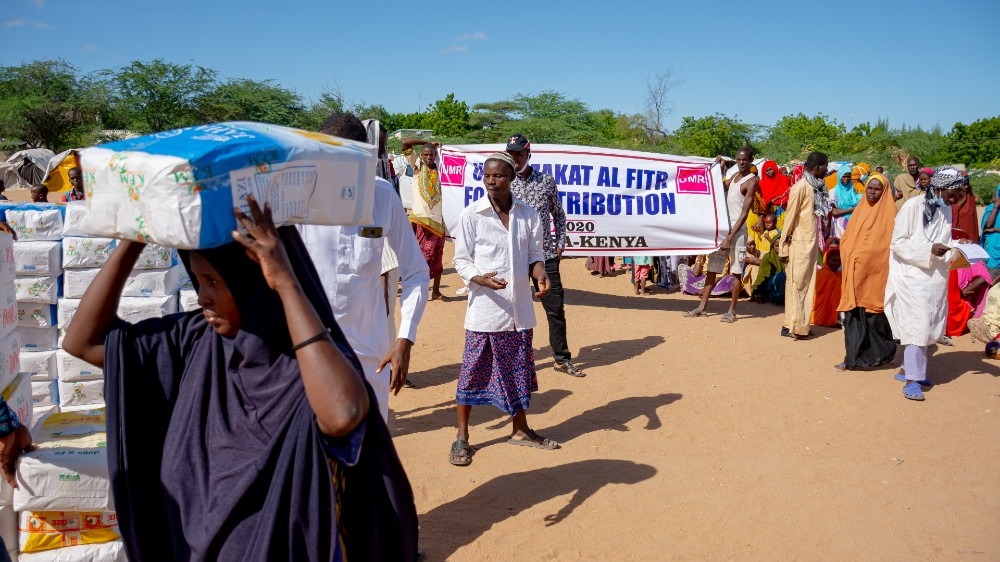 UMR staff and volunteers distributing food and other basic necessities on Eid in Garissa, Kenya [Courtesy of UMR]

He said the group also distributed Zakat al-Fitr, a monetary sum distributed to those in need before Eid prayers, in the Kenyan towns of Garissa and Wajir.

Ismail was also unable to see his family in Eastleigh, a neighbourhood in Nairobi, and had to contact them online. Eastleigh has been under lockdown since earlier this month due to a surge in coronavirus cases.