Christine Lagarde and Steven Mnuchin have clashed over how best to achieve environmentally-friendly growth, in a row that highlights the difference in economic performance between the US and other major global economies.

Speaking as the World Economic Forum in Davos came to a close on Friday, the European Central Bank president called for greater efforts to think about investment in green technology alongside taxes and regulations to “push companies in the direction of anticipating the transition [to a reduced carbon emissions]”.

This would result in stronger productivity growth, a healthier global economy and, in Europe, inflation rising back towards the ECB’s target that it has missed for so long, she suggested.

But the US Treasury Secretary accused Ms Lagarde of falling for unworkable policy ideas and argued that access to cheap energy was more important for growth than investment in green technologies.

“You can have a lot of people look at this and model it, I just don’t want to kid ourselves . . . there’s no way we can possibly model what these [climate] risks are over the next 30 years with a [sufficient] level of certainty,” he said. “The world is dependent on having reasonably priced energy over the next 10 or 20 years or we’re not going to create jobs and we’re not going to create growth.”

The spat was symptomatic of the different economic perspectives on show all week in Davos between President Donald Trump’s US administration and politicians and officials representing most other countries.

Earlier in the week Mr Trump hailed the US economy as “a roaring geyser of opportunity”.

European and Japanese officials admitted, sometimes reluctantly, that US economic performance had been consistently better than theirs over the past decade. But few were as optimistic as Mr Trump and many blamed the president’s trade policies for last year’s bout of global economic weakness.

In their latest economic outlook, released this week, IMF economists warned there “were no clear signs of a turning point” in global growth, and trimmed their forecasts downwards.

The IMF slightly cut its global growth forecast for 2020 from 3.4 per cent in October to 3.3 per cent and reduced the forecast for next year from 3.6 per cent to 3.4 per cent. These figures are only a little better than the 2.9 per cent achieved in 2019, the worst year for the global economy since the financial crisis more than a decade ago.

Few think the world is about to enter a boom, productivity growth rates in advanced and emerging economies are disappointing and many are worried that a better 2020 performance might simply be because low interest rates are fuelling the accumulation of debts that ultimately will go sour.

“What you have once again is the unending search for yield fuelling very questionable quality borrowers,” said Carmen Reinhart of the Harvard Kennedy School. “It shares a lot of similarities with subprime [lending] before the global financial crisis.”

Kristalina Georgieva, IMF managing director, said on Friday that growth remained “sluggish”, but she was hopeful that the data would soon improve given the recent trade truce between the US and China, fresh monetary easing by leading central banks and a stabilisation in the performance of the manufacturing industry around the world.

Mr Trump argued that his tariffs had been the catalyst that had brought China to the negotiating table and delivered the phase one trade agreement this month, a boost to global economic confidence that the US should get credit for.

The US has also stepped back from its threat to impose tariffs on French goods and, after many tense meetings, appeared ready to remove the roadblocks it had erected to multinational talks at the OECD; those should now get under way next week.

But Mr Trump’s warning that “we’ll be using [tariffs] on others too” suggested that the past two years of trade uncertainty could prove difficult to dispel. These threats continue to hang over companies’ investment decisions and are likely to make some cautious about big spending in the months ahead.

And some Davos attendees argued that the US should not get credit for its moves to cool trade tensions, because tariffs were still in place. This will pose a drag on the global economy for some time to come, economists warned.

Chad Bown, senior fellow at the Peterson Institute for International Economics, said the US administration’s economic objectives in its trade war with China were unclear.

He said: “We’re essentially nowhere different from where we were before the trade war started on the systemic trade issues [between the US and China], but with a lot of tariffs.” 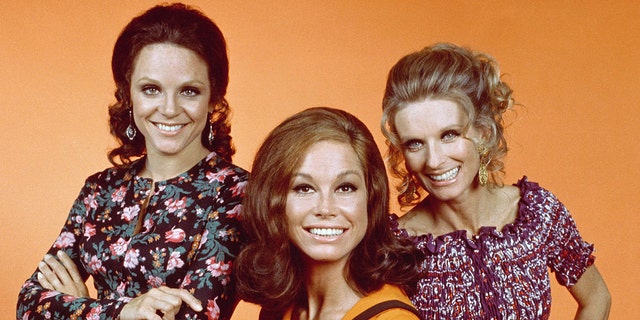