Hong Kong – The fast-spreading coronavirus outbreak has upended the dream vacations at sea for thousands of passengers.

Nearly 1,500 passengers abroad MS Westerdam heaved a sigh of relief when they finally saw land from their cabin windows and set afoot in Sihanoukville, Cambodia. Their cruise liner had been marooned for days after five countries denied it entry fearing that somebody in the ship was infected.

On Friday, the passengers were welcomed by Cambodian Prime Minister Hun Sen, who handed out flowers to welcome them.

Though no one has shown any symptoms of the coronavirus, the Westerdam’s crew and passengers went through a health screening at the port.

Following the Philippines, Taiwan and Hong Kong, Japan became the latest country to deny entry to all international cruise ships.

The scramble in Tokyo to close its ports came on the heels of a surge in confirmed cases in the cruise ship, Diamond Princess, which is currently under quarantine and docked in Yokohama.

On Thursday, Japan’s health officials confirmed 218 passengers and crew, as well as one quarantine officer, have been infected making it the largest cluster of infections outside China, the source of the COVID19 outbreak.

Much like the virus, fear that any cruise ship can be a floating petri dish has also been spreading. However, health experts said ships are actually safer than aircraft.

“Cruise ships are much less a risk than for example planes for global spread of a virus,” said Dr Marc-Alain Widdowson, director of the Institute of Tropical Medicine in Antwerp, Belgium, told Al Jazeera. “This is because ships are usually at sea for several days, so this gives time for symptoms to show in people incubating the disease.”

But then the length of a sea voyage and contained nature of a ship do present other risks.

“If someone does fall sick, it is possible to confine them to cabins, but the ship facilities are often not equipped to deal with many severe illness at a time. If someone is very sick on the sea, it is difficult to evacuate them,” Dr Widdowson added. “Therefore, a cruise ship is a place for viruses and other microbes to rapidly spread.” 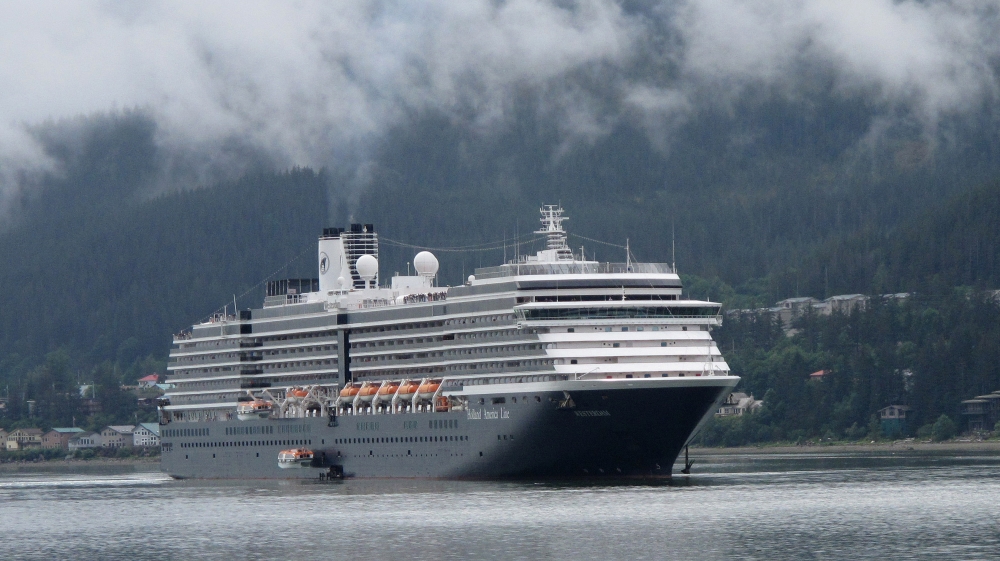 Originally scheduled for a two-week turnaround in Yokohama on February 15 – in lieu of a return to Shanghai, the Westerdam, operated by Holland American Lines, last docked in Hong Kong on February 1, receiving 800 more passengers.

After that, the Dutch-flagged luxury liner was barred from docking in Manila, Kaohsiung in Taiwan, and, despite a request by US State Department, the American territory of Guam. Malaysia and Thailand also turned away the Westerdam.

“@HALcruises made a big mistake taking us into Hong Kong given the situation,” passenger Stephen Hansen, of Vancouver, Canada, posted on social media. But Hanson was satisfied by the operator’s handling of the marine mishap and the promise of full refund.

“It all depends upon what risk and crisis management plan the cruise line had in place, and what criteria were used to justify the decision to take on more passengers,” said John Ap, a tourism management professor at Macao Institute for Tourism Studies.

Unlike Hansen, passengers of another cruise were less lucky with getting their money back. Cruise liner Norwegian Jade, which was scheduled to board in Hong Kong, switched port to Singapore.

The operator Norwegian Cruise Line refused to offer any refund to customers who cancelled, according to US media reports. 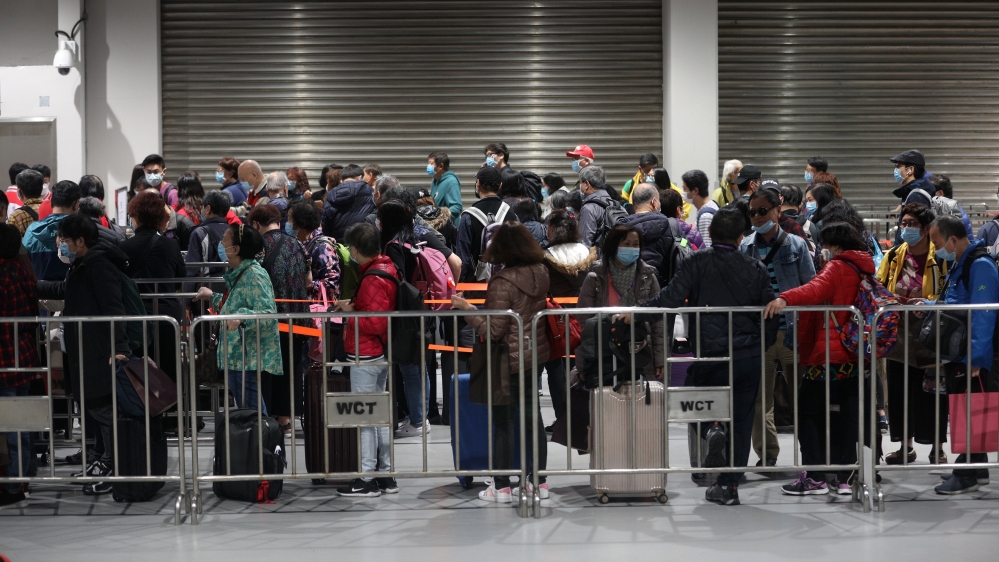 Emergency response kicked into high gear after the ship’s operator revealed that after dropping off eight mainland Chinese passengers later found to be infected, the ship made four more trips between Hong Kong and Vietnam.

In response to the outbreak, Cruise Lines International Association whose member lines make up more than 90 percent of ocean-going cruise capacity worldwide, has issued new policies requiring pre-boarding screening. It has also barred anyone who has travelled from or transited via China, including Hong Kong and Macau, two weeks before departure or has been in close contact with anyone visiting the aforementioned places.

But even long after disembarking, cruise passengers may still cause a health scare.

Last Saturday, SuperStar Aquarius was allowed back berthing at its home port of Keelung near Taipei. The ship was exempted from Taiwan’s ban as 90 percent of the 1,750 passengers are from the island.

Even though no infected cases were found, the passengers have been subject to self-quarantining for 14 days. But one wayward passenger flouted the order and took a dip in a fitness club pool the day after. The club has voluntarily closed its doors to disinfect its facilities.

The current rush to close ports in Asia follows a ban on all cruise ships entering South Pacific Islands which has been in place since late January and several Caribbean ports turned away German cruise ship AIDA Perla because some passengers were showing signs of the coronavirus.

All this followed an initial false alarm on January 30, when nearly 6,000 passengers and crew members were kept on board the Costa Smeralda cruise ship in Italy, while officials investigated a potential coronavirus case of a 54-year-old Chinese passenger who showed flu-like symptoms.

The tests turned out to be negative.

The Freshwater Giants Are Dying

January 21, 2020
Some of the most astonishing creatures on Earth
US & World

April 6, 2020
The coronavirus pandemic has forced schools around the
US & World

March 8, 2020
Taiwan's government said on Sunday that an elderly

AD: "Most women make this 1 critical texting mistake... use a little-known texting trick to undo the damage and force any man to fantasize about you"

Disney Plus racks up 50m subscribers in five months

How to get paid taking amazing photos with the brand new iPhone 12 Pro, 64MP Camera in 2021!