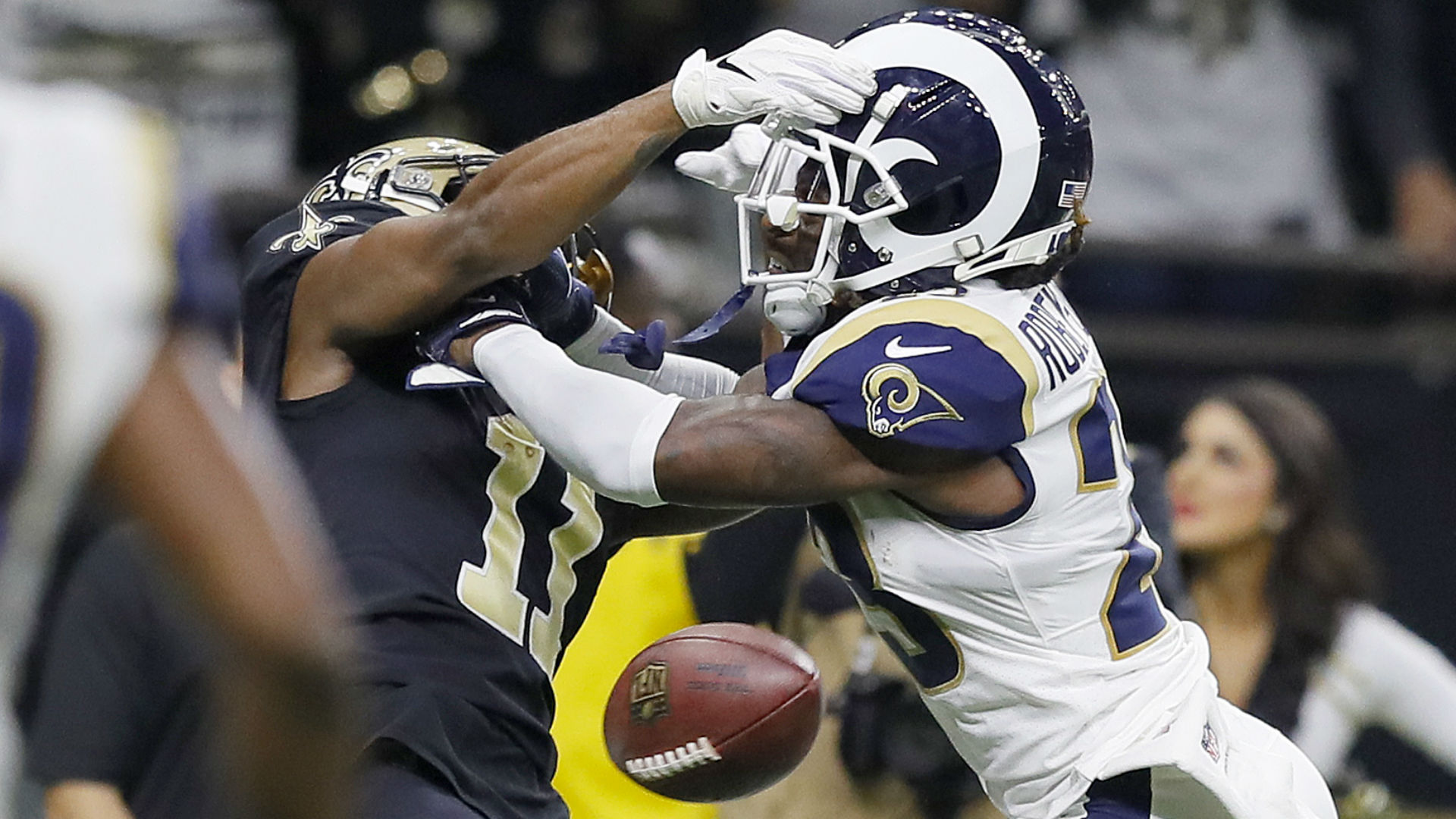 Perhaps there are some who long for the days when offensive and defensive pass interference were fouls that were subject to the NFL’s replay review system. Some, as they say, just like to watch the world burn.

As the 2020 NFL season progresses, don’t bother to scream at your TV for your favorite team’s coach to throw his challenge flag, or for the game officials to head to the instant replay monitor, when you see what you think is a missed pass interference call. These penalties are no longer reviewable in the NFL.

DeCOURCY: How the NFL failed on PI replay review

The NFL pass interference replay review saga was a disastrous, one-year experiment born from the infamous missed call in the 2019 NFC championship game. Such an embarrassing officiating mistake put both external and internal pressure on the league to try to avoid similar egregious missed calls in the future, and the easy (albeit misguided) solution was to make the fouls reviewable.

Some say the NFL’s pass interference replay review tryout in 2019 did not work because it was doomed from the beginning by flawed logic. Others say the experiment could have worked had the NFL’s officiating department chosen to learn how to use PI review effectively and not abandoned the process during the course of the year.

Regardless, pass interference is no longer among the plays/fouls that are subject to the NFL’s replay review system. Below are the reasons why.

Can you challenge pass interference in the NFL?

No — not anymore. Offensive and defensive pass interference calls and non-calls were subject to the NFL’s replay review system for only one season (2019). The league essentially gave this addition to its rule book a one-year tryout, and whether it would become a permanent rule would be voted upon in 2020.

When the time came for the NFL to decide whether to keep pass interference as a reviewable call, the answer was a resounding no. In fact, the extension of PI review wasn’t even put on the table as an option.

The lack of a vote meant the amendment to the NFL rule book that allowed pass interference to be reviewable would simply be removed. Which was not a surprise considering the one-year experiment was largely a mess.

“In my opinion, we were trying to apply something that we’ve always been fearful of,” McKay said. “We didn’t know what the total outcome would be, but we were always fearful of putting a totally subjective play into replay. The majority of replays is objective, and what I mean by that is that it’s a line. ‘Did the ball cross the plane or not? Did the ball touch the ground or not? Were two feet in or not?’ There’s a lot of objective lines involved and it’s an objective review.

“When we go into subjective, which is, ‘Was this enough for a foul? Did he grab him enough? Was the restriction enough?’ We knew there would be problems, because your subjectivity and my subjectivity on a particular reviewable play can easily be different. The fact that whether a ball was caught or not caught — we might disagree once in a 100 (times), but about 99 percent of the time we are going to agree because we can see it on replay.

“That’s not true in a subjective world, so I think when you did what we did which was try to catch that really egregious big-time play and put that standard of clear and obvious, even then, I think you’re adding a subjective standard to a subjective play and I think we set ourselves up for not having agreement on results, and I think that showed itself during the year.”

In addition to the subjectivity issues, the NFL’s ditching PI review confirmed the league a year prior had simply overreacted to the non-call that cost the Saints a trip to Super Bowl 53.

We can’t blame the NFL for taking action after Rams corner Nickell Robey-Coleman’s blasting Saints receiver Tommylee Lewis was not called as the obvious pass interference it was, considering the officiating error occurred at such a crucial moment in the NFC championship game. But, as we’ve written here before, the league addressed the wrong issue.

SN’s Mike DeCourcy believes the PI review experiment could have worked had the NFL’s officiating department approached the process in better faith.

“League coaches challenged pass interference calls 81 times during the 2019 season,” DeCourcy wrote in May when the rule was abolished. “They won those challenges 13 times. That’s a 16 percent success rate. This might seem dreamy for the Steelers’ Mike Tomlin, who went through the 2017 and ’18 seasons without getting a single challenge right, but the league average on all replay reviews for 2019 was 47 percent.

“Coaches had so little success in the first half of last season — only five reversals out of 56 challenge attempts through nine weeks — that they became discouraged even from considering spending one of their two allotted replay challenges on pass interference disputes.

“It is hard to read that as anything other than officiating HQ dictating policy. … “It’s going away because particular people apparently wanted it to go away. It failed not on its own merits, but as a product of disinterested execution. The experiment did not fail miserably. The experimenters did.”

Even when offensive and defensive pass interference calls or non-calls were reviewable, the official language regarding the fouls in the NFL rule book did not change. It remains the same in 2020, too.

Straight from the NFL rule book, below are the standards the league uses to define pass interference.

Acts that are pass interference include, but are not limited to:

The NFL rule book also lists “permissible acts by both teams while the ball is in the air.”

In other words, the following is fair game and not considered pass interference.