The judge, Edson Fachin, ruled that the federal court in the southern city of Curitiba that had tried Lula did not have appropriate jurisdiction. His decision said that the former president, who led Brazil between 2003 and 2010, should be retried in a court in Brasília.

If the decision stands, it could set the stage for a presidential election battle next year between Lula da Silva and incumbent President Jair Bolsonaro, a rightwing populist and one of the most strident critics of Lula da Silva and his leftwing Workers party, or PT.

Both men maintain a sizeable bloc of core supporters. A poll conducted this month by Ipec, a research institute, found that 50 per cent of those interviewed said they would vote for Lula da Silva if possible in the next presidential race, compared with 38 per cent for Bolsonaro.

The decision by Fachin, however, can be overturned on appeal by the full supreme court, an option which is already being sought by Brazil’s attorney-general.

“Fachin has a strong connection with the Workers’ party, so we are not surprised by the decision. But it will have to go through the plenary for it to be properly effective,” Bolsonaro said on Monday.

Given the arduous pace of Brazil’s judicial system, few experts expect Lula’s retrial could be completed before presidential polls in October next year.

Markets reacted badly to the announcement by Fachin as investors digested the prospect of a return to leftwing governance in Latin America’s largest economy and the likelihood that Bolsonaro would abandon economic reforms to focus on populist spending ahead of the election.

The real dropped against the US dollar, losing 2.9 per cent of its value to trade at $5.77, while the benchmark Ibovespa share index shed 1.9 per cent.

In 2018, Lula da Silva, a former union leader, was sentenced to 12 years in prison for corruption. He had been accused of money laundering and receiving illicit benefits in the form of an apartment on the coast of São Paulo and the refurbishment of a farmhouse in the countryside.

Lula da Silva was also blocked from running in that year’s presidential elections as a result of his convictions, paving the way for Bolsonaro’s victory.

The sentence was subsequently reduced to nine years before he was released from custody, following a controversial supreme court ruling that defendants could only be jailed after exhausting all of their multiple appeals.

Lula da Silva retains a loyal following among leftwing Brazilians, who credit him with poverty reduction and economic growth in the early 2000s. To his opponents, however, he is the embodiment of the deep corruption and cronyism that was uncovered in the Lava Jato probe. 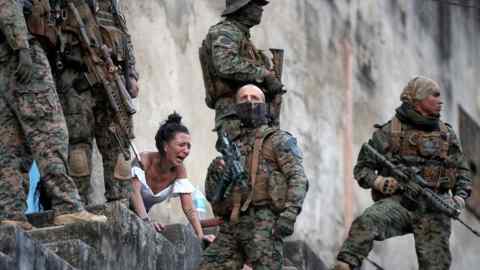 The Lava Jato investigation was championed by Bolsonaro while the former army captain was campaigning for president in 2018. However, since his election, investigators faced increasing political pressure and the probe was scrapped in February.

“I find it absurd that all decisions have been reversed after almost four years. It is a waste of public resources, creates legal uncertainty and is a decision that basically favours Lula and Bolsonaro,” said João Amoêdo, founder of the rightwing Novo party.

Rogério Taffarello, a partner in the white-collar practice at Mattos Filho who defended businessmen accused in Lava Jato cases, said that there had previously been “questioning and criticism” about the Curitiba court’s reach and whether it had “become broader than what Brazilian procedural law states.”