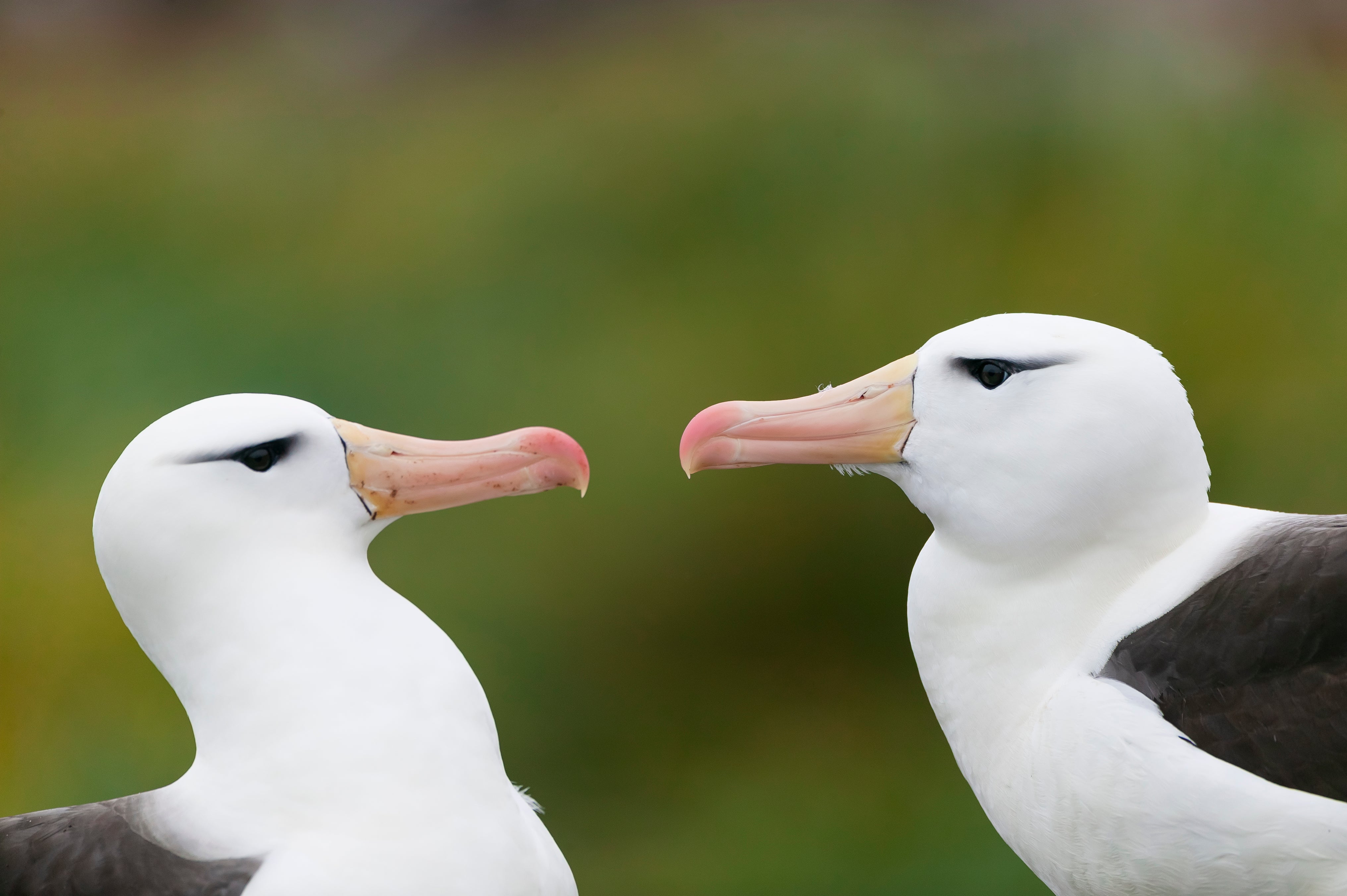 Few animals seem more affectionate than black-browed albatross. These large seabirds, whose dark eyebrows shadow their eyes like mascara, are socially monogamous and often mate for life. Their romantic-seeming “marriages” have a practical purpose: staying with the same partner builds trust, which is essential as the pair alternates between lengthy foraging trips and egg-incubation duties.

But “divorce” is not unheard of. As is the case with other monogamous species, female birds in the albatross family will leave a partnership that lacks breeding success. The process is relatively understated and free from noisy squabbles, says University of Lisbon biologist Francesco Ventura. Often, when a female albatross deems the partnership unsuccessful over the course of a year, she will simply appear with a different male in the following breeding season.

Though divorce is natural among albatross, Ventura recently began noticing that its rates seemed to vary from year to year among the roughly 15,500 pairs of black-browed albatross breeding on New Island, a rocky outcrop within the Falkland Islands. “There were clearly years in which more pairs split up, compared to the previous years,” says Ventura, whose team combed through about 15 years of breeding data.

To deduce what caused these divorce spikes, the team focused on two environmental variables vital to albatross: wind speed and sea surface temperature. Each affects the birds in different ways. Higher winds make it easier for them to soar for greater distances to gather food. Increasing sea-surface temperatures, on the other hand, limit the nutrients available to foraging albatross by curbing the production of phytoplankton, which has cascading effects on the rest of the marine food web. As a result, albatross must travel farther and struggle more to find enough food. This throws breeding schedules into disarray and increases stress levels among breeding pairs—both factors that can decrease breeding success.

In a paper published on Wednesday in Proceedings of the Royal Society B, Ventura and his team concluded that warmer sea temperatures are linked to higher divorce rates among New Island’s black-browed albatrosses—providing the first evidence of environmental conditions increasing such rates among a wild monogamous population, the researchers say.

Warmer sea conditions were associated with more of the albatross divorcing because of breeding failures. And digging deeper, the team found that, in warmer years, female albatross were also more likely to leave their mate even after successful breeding attempts. “Previous successful females are the ones that are most affected by this [warming],” Ventura says. “They divorced more often, when in theory they should have remained together with their previous partner.” This may be a manifestation of what Ventura calls the “partner blaming hypothesis,” in which the female conflates the stress caused by environmental conditions with poor performance by her partner.

Ventura hypothesizes that similar patterns may manifest in other seabird populations and possibly among some monogamous mammals, highlighting a potentially overlooked consequence of climate change. According to Natasha Gillies, a researcher at the University of Liverpool in England, who studies seabird breeding behavior and was not involved in the new study, this could have “profound” impacts for smaller populations of birds by decreasing breeding options. “If you have a situation where increasing sea-surface temperature is leading to higher divorce rates, that reduces breeding success for the population as a whole,” she says. “Ultimately, you’re sending fewer albatrosses out into the world, and that’s going to impact the population more widely.”