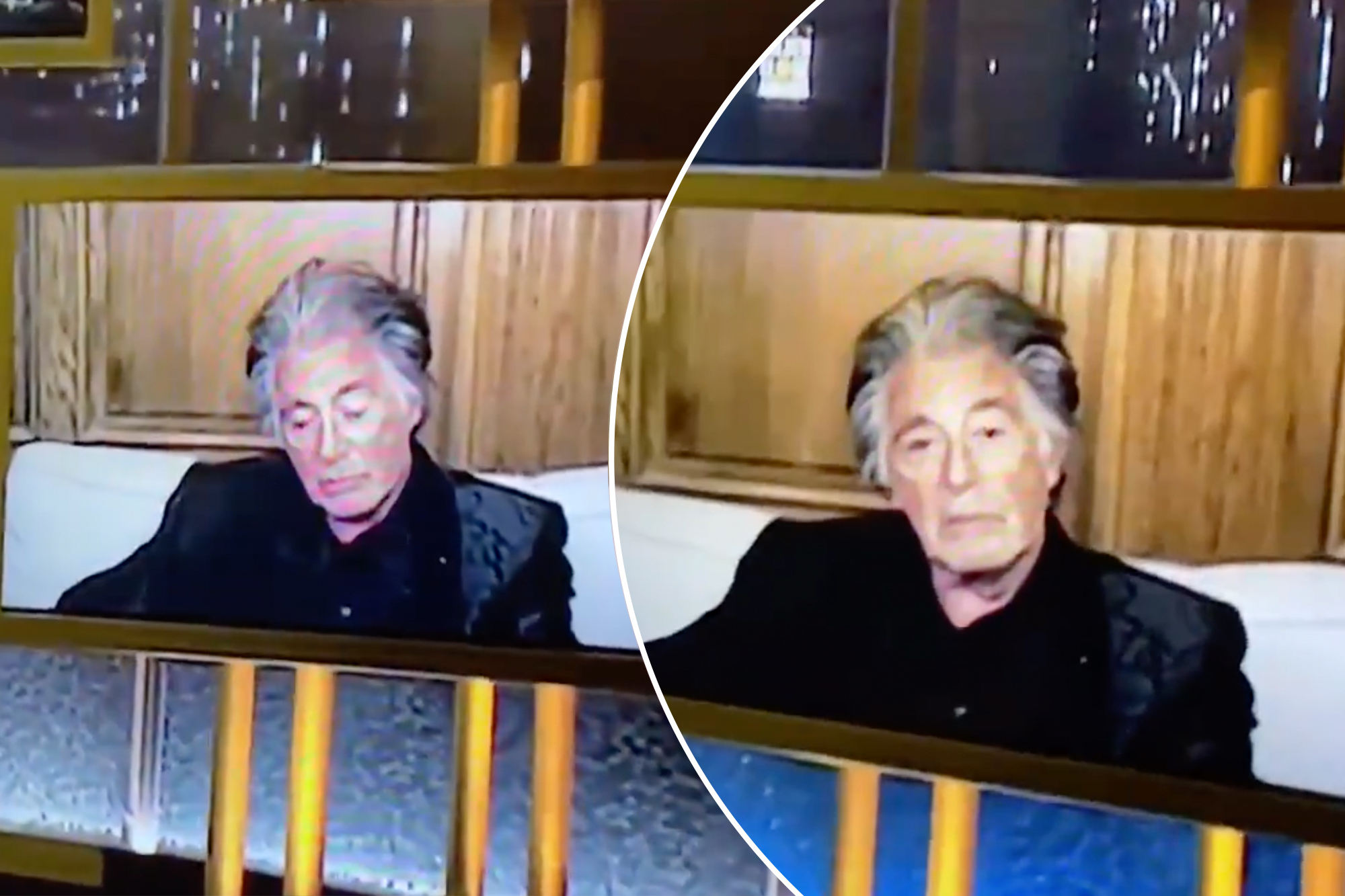 Say hello to his pillow friend.

Al Pacino had fans wondering if he had fallen asleep during the 2021 Golden Globes Sunday night when he was caught on Zoom with his eyes closed.

The 80-year-old star was nominated in the Best Actor in a Drama Series category for his role on the Amazon Prime show “Hunters” (which he lost to Josh O’Connor of “The Crown”). Perhaps the legendary actor was unfazed by the idea of winning another golden statue from the HFPA, as he already has various Golden Globes and even the Cecil B. DeMille award.

“Who would schedule the #GoldenGlobes in the middle of Pacino’s nap?” tweeted one viewer.

“Al Pacino is like ‘I tuned in for THIS?’ #GoldenGlobes,” joked another.

Not only did Pacino’s nap make waves at the annual award show, he also caught flack for his wildly styled hair.

“After watching Al Pacino doze off during the #GoldenGlobes — I feel you, my friend — I’m wondering if there is an unofficial rule in Hollywood that, the older an acting legend gets, the higher his hair has to be?” asked another fan, rhetorically.

February 12, 2021
A member of the aristocratic family that owns the lavish estate
Entertainment

Doomsday preppers say to prepare for coronavirus with ‘beans, bullets and Band-Aids’

March 3, 2020
James Wesley Rawles is hunkered down at an undisclosed location west
Entertainment

August 19, 2020
The State Department is reiterating its criticism of the Chinese government

Queen Elizabeth turns 95, has a bigger brand than Oprah