The Hawks are going to the Eastern Conference finals in spite of Trae Young’s worst shooting performance of the playoffs.

Atlanta defeated the 76ers 103-96 in a grind of a Game 7 that saw Young shoot just 5 for 23 from the field. Young’s 21.7 shooting percentage was his lowest of the postseason and his fourth-lowest of the season.

He still managed to make big plays in clutch moments, however. Notably, he hit a 3-pointer from well beyond the arc in the fourth quarter to extend the Hawks’ lead to six. The Hawks were able to keep the 76ers mostly at arm’s length from there.

Young finished the game with 21 points and a team-high 10 assists, but Kevin Huerter was the key to the Atlanta offense. Huerter had a team-high 27 points and made 10 of 18 shots from the field. He kept the Hawks afloat through Young’s first-half struggles.

The 76ers received strong efforts from Joel Embiid and Tobias Harris. Embiid posted 31 points and 11 rebounds while Harris logged 24 points and 14 boards. But Philly committed seven more turnovers than the Hawks and Ben Simmons (five points) failed to make an impact as a scorer.

Sporting News provided live scoring updates and highlights from Hawks vs. 76ers on Sunday. Check out all the Game 7 highlights right here.

10:37 p.m. — The 76ers are going home. Fans are heartily booing the team and some are throwing debris onto the floor. The Hawks will face the Bucks in the Eastern Conference finals.

10:31 p.m. —  And now, the Hawks steal the ball from the Sixers. Danilo Gallinari gets a wide-open dunk on the other end of the court to make it 98-92. Philly is running out of time.

10:16 p.m. — For the first time in the game, Trae Young makes back-to-back baskets. Hawks lead 86-84 with under five minutes remaining.

10:11 p.m. — Danilo Gallinari ends the Hawks’ streak with a 3-point make. Seth Curry answers him on the other end in a fast-paced fourth quarter.

10:07 p.m. — The Hawks miss their eighth consecutive shot to start the fourth quarter. They have just one point in the quarter and are being outscored 10-1.

10:05 p.m. — The Sixers have seven points in the fourth quarter. Joel Embiid has scored all of them. He has come to play in Game 7.

9:57 p.m. —  Doc Rivers is hoping that the 76ers turn the ball over less in the fourth quarter. They are losing the turnover battle 14-7 against the Hawks.

9:54 p.m. —  The Hawks pushed the lead to as much as seven and have the momentum at the end of the third quarter. Kevin Huerter leads the team with 19 points while Trae Young is just two of 16 from the field, but has nine assists. For Philly, Joel Embiid has 20 points while Tobias Harris has 17.

9:52 p.m. — Lou Williams steals the ball from Joel Embiid and gets an easy bucket. The Hawks’ lead is up to five.

9:51 p.m. — Back-to-back buckets for Matisse Thybulle, including a nice dunk in transition.

9:46 p.m. — Ben Simmons had his 100th assist of the playoffs tonight. He and Trae Young are the only players to reach that mark so far this postseason.

9:44 p.m. — Dwight Howard is whistled for a flagrant foul. Atlanta makes both free throws, takes a 66-65 lead and gets the ball.

9:41 p.m. — Dwight Howard still has it. The veteran center blocked a shot on Onyeka Okongwu to spring a transition opportunity.

9:36 p.m. — Kevin Huerter and Seth Curry trade buckets again. First, Huerter makes an off-balance bucket with the shot clock winding down. Then, Curry nails a 3-point shot. Then, Huerter makes another shot through contact. The role players are stepping up.

9:33 p.m. — Crazy but true: Neither team has led by more than five points at any time in this game. Just over halfway through the third, it’s tied at 60.

9:32 p.m. — Ben Simmons finishes a reverse alley-oop jam. He has four points, seven rebounds and 11 assists during the game.

9:25 p.m. —  The Sixers scored the first five points of the second half and nearly had seven. However, Ben Simmons was called for an offensive foul that wiped out a bucket. He now has four fouls with almost all of the third quarter left to play.

9:07 p.m. —  Trae Young is shooting one of 12 from the field and has just nine points, but the Hawks find themselves ahead at the half, 48-46. How are they doing it? They’re winning the turnover battle 10-4 and are hanging in this grind of a game as a result.

9:05 p.m. — Three first-half fouls for Ben Simmons. Another thing to watch for the Sixers, especially early in the third quarter.

9:04 p.m. —  Joel Embiid was grabbing at his leg after hitting the floor. He’s on the court and playing, but he is dealing with a small tear in his right meniscus (knee). Something to watch in the second half.

9:00 p.m. — Seth Curry and Kevin Huerter are going back and forth with 3-point makes. They’re both playing well tonight.

8:53 p.m. —  Trae Young bounces back from his technical and finds Clint Capela who puts down an easy dunk.

8:50 p.m. —  Trae Young has picked up a technical foul. He believed he was fouled by Ben Simmons before he called timeout. The officials originally called it but rescinded it. That’s Young’s third technical foul of the series.

8:48 p.m. —  Joel Embiid throws down a monster dunk that brought the Wells Fargo Center to life. What a play.

8:45 p.m. — Trae Young ends his cold stretch with a 3-point make. He now has seven points on one of seven shooting.

8:43 p.m. — Kevin Huerter missed his first shot of the game. He’s now four of five from the field with nine points.

8:40 p.m. — The Hawks had no turnovers in the first quarter. It took them over 14 minutes of game action to commit one. That’s one of the main reasons they’re leading in spite of Trae Young’s early shooting struggles.

8:38 p.m. — After Danilo Gallinari makes back-to-back 3-point shots, every Hawk to shoot so far has made at least one basket… except for Trae Young. Despite that, the Hawks lead by five.

8:34 p.m. —  Nate McMillan’s takeaways from the first quarter: He likes how the Hawks offense is operating but wants them to allow fewer free throws. Sounds about right.

8:32 p.m. —  The Hawks and Sixers each have a player with two fouls. Seth Curry has two for Philly while Clint Capela picked up his second at the end of the first quarter. Capela is key in the battle against Joel Embiid, so the Hawks will keep a close eye on him.

8:29 p.m. —  Trae Young hasn’t made shots in the first quarter — he’s 0-6 from the floor — but he has four points at the free throw line. Still, the Hawks will need more from him to win this one. They’re lucky to be down just 28-25 after one quarter. Also, Joel Embiid made a great shot to end the quarter.

8:17 p.m. —  Seth Curry picks up his second foul about halfway through the first quarter. He has averaged 30 points over his last two games, so this is a big development for the 76ers.

8:14 p.m. — Joel Embiid just hit a tough shot falling away from the basket. That gives the 76ers their first lead of the game, 15-13 going into the first commercial break.

8:10 p.m. — The Hawks are making some nice passes off the bat. Trae Young finds Clint Capela for an alley-oop.

8:08 p.m. —  Joel Embiid has the first six points for the 76ers. Kevin Huerter has five of the first seven for the Hawks.

8:07 p.m. —  Last night, Charles Barkley guaranteed the Bucks would beat the Nets. He was right. Tonight, he is on the Sixers.

8:03 p.m. — 76ers win the tipoff. Furkan Korkmaz misses the first shot of the game. John Collins starts the scoring with a two-point bucket for the Hawks.

7:55 p.m. — Shaq wants Ben Simmons to be aggressive in this one and not worry about the free throw issues he has been having.

7:50 p.m. —  No surprises with the Hawks starting lineup either. Trae Young, Bogdan Bogdanovic, Kevin Huerter, John Collins and Clint Capela will begin the game for Atlanta.

7:30 p.m. — Joel Embiid and the Sixers are getting in some pregame work.

Game 7 between the 76ers and Hawks is scheduled to start at 8 p.m. ET on Sunday, June 20. It will be televised nationally on TNT. 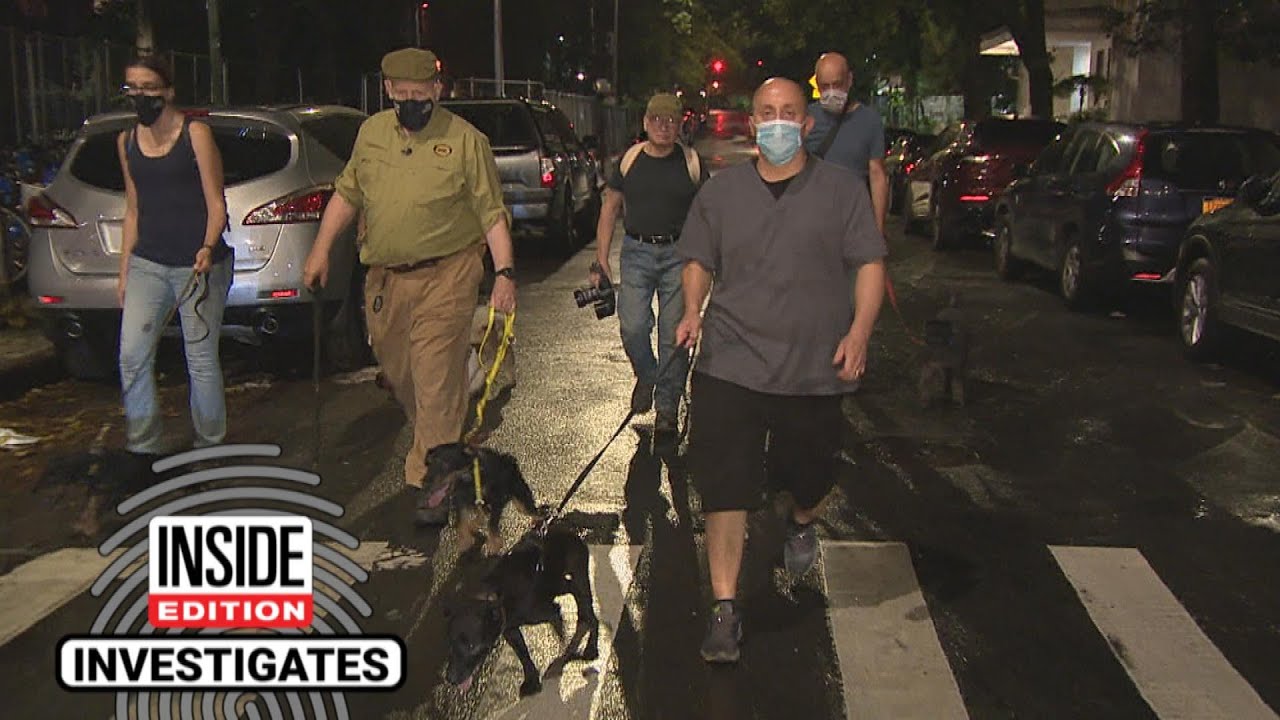